He’s mine too: Smallhouse invades lover’s house, orders wife to sleep on the floor

Judith Ngoma who has been having an affair with Douglas Mwatse for 26 years decided to start visiting him and ordering his wife Nakei Madeeko to sleep on the floor while she had sex with him on the bed. 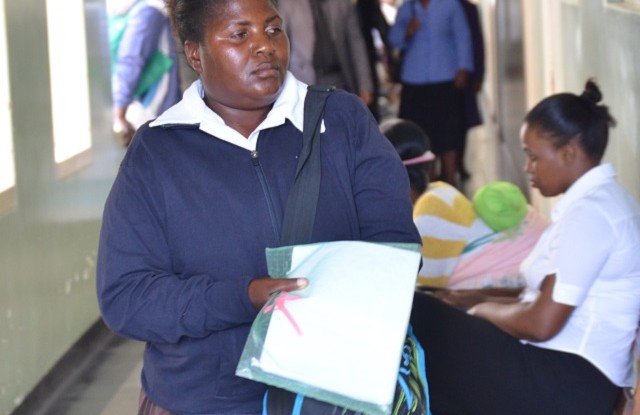 Ngoma allegedly started the habit in February this year and since then she has been visiting Mwatse at his house in Magwegwe North and stays for a week at most.

Upon realising that she was being demeaned, Madeeko approached the Bulawayo magistrates’ court to seek a peace order against the mistress who comes to her home and does as she pleases.

“Your worship, my husband’s girlfriend started visiting our house this year in February and ever since she comes and goes as she pleases. Whenever she comes she orders me to sleep on the floor and has sex with my husband while I’m watching. I hate her behaviour and I don’t want her to come to my house,” said Madeeko.

“I tried to talk to her woman to woman so that she can at least do whatever she does with my husband away from my home but she told me she’s here to stay and I’m the one who will go and leave her in my house,” she added.

No Fire in the Bedroom for mistress: ‘My wife bewitched me’

Madeeko said she could not stay with her husband’s mistress because she was ill-mannered.

“Whenever she’s in my house she uses my property including my blankets, pots and she never washes them. She also uses the toilet and does not clean after her mess,”she added.

In her defence Ngoma denied the allegations that she sleeps with the man while Madeeko is watching.

She claimed she went to the house only because Madeeko stole her documents which were in Mwatse’s possession.

“I only go there because I need my documents and besides I’m not a small house because I fell in love with Mwatse in 1991. He introduced me and my kids to his mother so I’m his wife too,” Ngoma said.

Ngoma said she had known that Mwatse had a wife since 1995 and she had never had a problem with it.

“We’ve been renting a house together and he usually came to my house to spend days and therefore I feel like he’s my husband too,” she added.

The presiding magistrate Sheunesu Matova granted the order and advised Ngoma to stay away from Madeeko.

“Ms Ngoma, you shall stay away from Madeeko’s residence and shall not conduct yourself in a manner which is likely to result in a breach of peace,”said Matova. B-Metro

No Fire in the Bedroom for mistress: ‘My wife bewitched me’