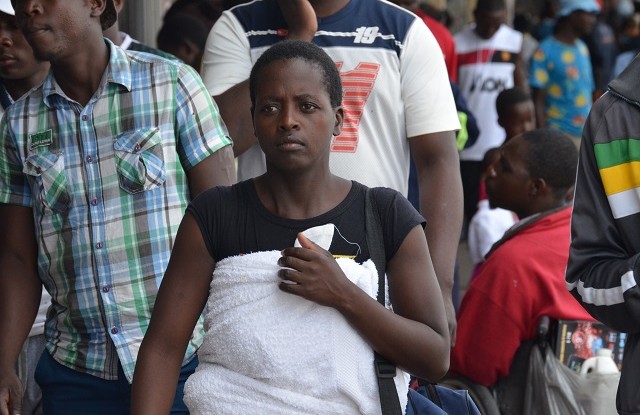 An obsessed ex-girlfriend was dragged to court by her ex-boyfriend’s wife for putting the woman’s children as her WhatsApp profile picture.

Sibonginkosi Juba is alleged to be in the habit of putting pictures of Tendai Ndlovu’s two children on her WhatsApp profile to make her ex-lover’s wife think they are still having an affair.

“Your worship, I suspect she downloads my children’s pictures when I put them on my profile because she has my number,” said Ndlovu.

Sibonginkosi Juba (2) Juba is said to have gone to the extent of going to Ndlovu’s house at night looking for her ex-boyfriend under the bed.

“Your worship, she came to my house with three men, demanded that I wake up and lifted my bed saying I hid my husband under it. She’s disturbing my peace and I don’t like it,” Ndlovu added.

Ndlovu told the court that her husband’s ex calls at 1am looking for him.

“She calls while we are sleeping and starts insulting me. I don’t understand why she’s doing all this because she and my husband separated,” she said.

Responding to the allegations, Juba told the court that she had never put Ndlovu’s children as her profile picture.

“Your worship, I don’t know what she’s talking about. I don’t have pictures of her children and I’ve never put their picture on my profile,” said Juba.

Juba also denied that she calls and insults Ndlovu.

“I have never insulted her, we have had arguments yes, but it’s because she’s the one who calls me first and provokes me,” she said.

“She is also lying when she says I go there because I’m over her husband. I only went there because we have a child together and he defaulted paying maintenance money and I needed money to buy things for my baby,” she added.

The presiding magistrate Sheunesu Matova granted the order and advised Juba to stop putting Ndlovu’s children as her profile picture.

“Miss Juba, if you are putting Miss Ndlovu’s children as your profile picture I would advise you to stop. You shall not call her on her cellphone, stay away from her house and both of you shall not conduct yourselves in a manner which is likely to disturb each other’s peace,” said Matova. B-Metro

He’s mine too: Smallhouse invades lover’s house, orders wife to sleep on the floor