Why another ‘massive’ opposition rally flopped

Opposition parties in Zimbabwe, led by Morgan Tsvangirai and the Movement for Democratic Change, held a demonstration in Harare on Wednesday last week but it was anything but “massive” or “mega” as organisers and supporters billed it to be. 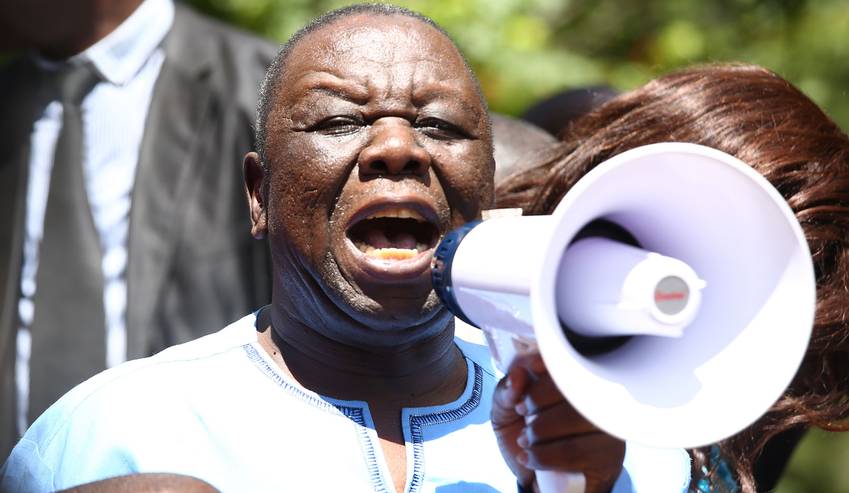 The demonstration was held under the banner of the “National Election Reform Agenda”, a loose coalition of about 10 political parties seeking to force the government to reform electoral laws which they feel favour the ruling Zanu-PF.

For its own part, the MDC-T led by Tsvangirai has been boycotting by-elections arguing that it will not participate in a sham process that favours President Robert Mugabe’s party.

However, the party has indicated that it will participate in general elections to be held next year, raising questions about the current “no reforms, no elections” stance.

How South Africa can nudge Zimbabwe towards stability

The stance, which is not universally agreed upon within the party, is viewed by some observers as a way to avoid embarrassing losses to Zanu-PF, the runaway winners of the 2013 elections. In that poll, Zanu-PF amassed more than two-thirds majority while Mugabe claimed 66% of the presidential vote.

Away from the ballot, the opposition has been trying to ramp up pressure on government mainly through street demonstrations and stayaways.

Pastor Evan Mawarire of #ThisFlag movement was there.

There were also civic and church leaders, including the Kariba (a border Town in the north) pastor Philip Mugadza who has predicted that Mugabe will die in October – earning himself arrest in the process in a case that is still before the courts.

But the demonstration was not well attended.

Only 200 people, mainly MDC-T supporters, gathered at an open space near the Harare Showgrounds which the opposition has dubbed “Freedom Square”.

Leaders of the smaller parties took turns to endorse Tsvangirai as the leader of a mooted coalition to contest in next year’s elections.

Joice Mujuru, former vice-president and leader of National People’s Party was conspicuous by her absence.

Mujuru’s spokesperson, Jealousy Mawarire, explained that the party was busy with preparations for a convention to choose leaders of her recently rebranded party.

The low subscription to the opposition rally indicates a number of things – and it has little to do with authorities’ repression or fear of reprisals often blamed on Mugabe’s government.

Simply, the opposition in Zimbabwe, bearing the face of Tsvangirai’s MDC-T, is failing to inspire the people after successive losses and continued fragmentation of the movement.

Many analysts predict that the opposition will lose elections in 2018, wrapping up what would be Tsvangirai’s two decades of fruitless challenge to Mugabe.

This, despite Mugabe’s party probably being at its weakest and beset by internal squabbles.

Street protests have been the oppositions’ strategy for two major reasons – remain visible and, more crucially, to start some kind of Arab Spring via a clash with the often heavy handed police.

On Wednesday, Tsvangirai said, addressing the paltry crowd: “Days of flooding the streets are coming. We shall flock all the streets peacefully demanding that it’s our right to a level electoral playing field and that time is coming very soon but not today at this gathering.”

But the strategy has largely failed.

The year 2017 is not 1998 (and a few more) when Tsvangirai, then leader of the labour union, Zimbabwe Congress of Trade Union, owned the streets.

ZCTU gave birth to the MDC in 1999 and protest politics continued to be Tsvangirai’s forte.

Now it has all changed.

Organised labour has been replaced by the informal sector whose participants are not too interested in leaving their work stations to participate in marches and demonstrations.

Despite the European Union’s recent allocation of R60-million to opposition activities in Zimbabwe, external support from European and US governments appears to be waning.

The major hope for opposition success against Mugabe’s rule is seen as lying in a coalition to include primarily Tsvangirai and Mujuru.

This is not going to come easily, though, as the two sides are not agreed on how to configure an alliance and, more importantly, who should lead the coalition. DM

Tichaona Zindoga is a Zimbabwean journalist and post graduate student at the University of Witwatersrand.

Magaya gives back to Chitungwiza

How South Africa can nudge Zimbabwe towards stability