Two masked gun-totting men held employees and customers hostage at a supermarket in Mahatshula North suburb, Bulawayo, before seizing about $1 200 after opening fire and missing one person. 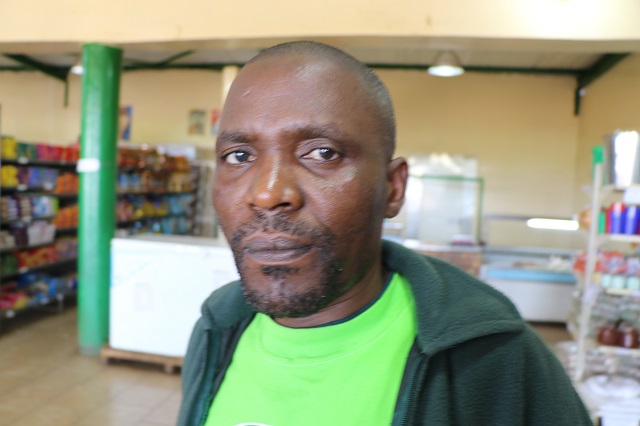 The incident happened on Wednesday at about 7.30PM at Blesspack Supermarket.

The suspects shot and narrowly missed a person who ambushed and threw a mayonnaise bottle, hitting one of them.

Blesspack Supermarket supervisor Mr Kanzara Mudeka said about six customers were in the shop when the armed robbers pounced.

He said the two masked men ordered all workers and customers to lie on the floor before making their demands.

Mr Mudeka said as the armed robbery unfolded, he hid behind a counter, but was later sold out.

“The two were wearing masks, armed with a pistol and they entered the shop at about 7.30PM. They ordered everyone to lie on the ground. One of them pointed the gun at one of the till operators and demanded money,” he said.

Mr Mudeka said the till operator, a woman, rose to show him a till which had some money.

He said the woman did not have a key to open it, so she was forced to punch figures as if she had sold an item.

“They looted every dollar that was in the till before demanding to see the supervisor. I was still hiding under my counter and the others pointed towards my direction. They came and demanded that I open the company’s safe, but I told them that we didn’t have any,” said Mr Mudeka.

He said the armed robbers threatened to shoot him and he showed them where they kept money.

Mr Mudeka said the robbers got away with nearly $1 200.

He said a merchandiser who was at the back of the shop when the armed robbers entered, emerged unnoticed and threw a Mayonnaise bottle at one of them, hitting him on the shoulder.

“They shot and narrowly missed him but they didn’t say a word. They just took the money and fled, leaving everyone lying on the ground. Maybe the whole incident took about 10 minutes,” said Mr Mudeka.

He said the armed robbers escaped on foot, disappearing into a nearby bush. Bulawayo police spokesperson Inspector Precious Simango confirmed the incident.

She urged shop owners to avoid keeping large sums of money in their premises.

They allegedly shot one employee in the leg before getting away with more than $1 000. The Chronicle

4 injured as kombi ploughs into vendors