Comedian Felistas Maruta popularly known as Mai Titi from her social media skits has ventured into music and has released a gospel track titled ‘Makatendeka’. 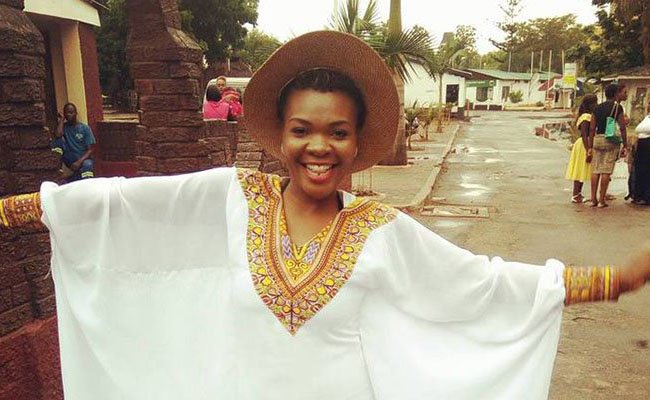 In an interview, Maruta said she has always been a musician and has great plans to go far in the industry.

“I started singing in Sunday school. I also grew up loving music up to the point that I tried to venture into the industry when I was 18,” she said.

Mai Titi threatens to shoot Tatelicious as Zizoe break up…

She said her music will inspire and revive people’s souls since she tries to tackle issues that affect them.

“I see myself going far in the music industry because my music speaks to people of different backgrounds. I sing about issues of life and I preach to people through singing and sharing the word of God.

Meanwhile, Propabless Entertainment described the comedian as a talented musician who has potential to make it big in the industry.

“Mai Titi is a woman with amazing talents. She has such a powerful voice and I tell you she is the next big thing to come out of Zimbabwe.

“We are currently working on her gospel album to be released sometime this year,” Blessing Manhando of Propabless Entertainment said.

Maruta hogged the limelight through her humorous skits that have become popular on social media platforms such as Facebook, WhatsApp and YouTube.

Apart from releasing her own skits, the 32-year-old said she has also featured on some productions by Bustop TV and Skimbo’s ‘Ziso Regondo’.

She signalled her entry on the comedy scene by posting her first skit on Facebook on Unity Day last year and has since been making waves with her hilarious skits that have taken the comedy circuit by storm.The Herald

Muridzo fails to perform at festival

Where has the fire gone?