The Civil Protection Unit (CPU) has warned that the downgrading of cyclone Dineo to a tropical depression has not reduced the risk to human life and infrastructure.Most water bodies and rivers in Matabeleland South Province started flooding yesterday as torrential rains pounded the southern parts of the country. 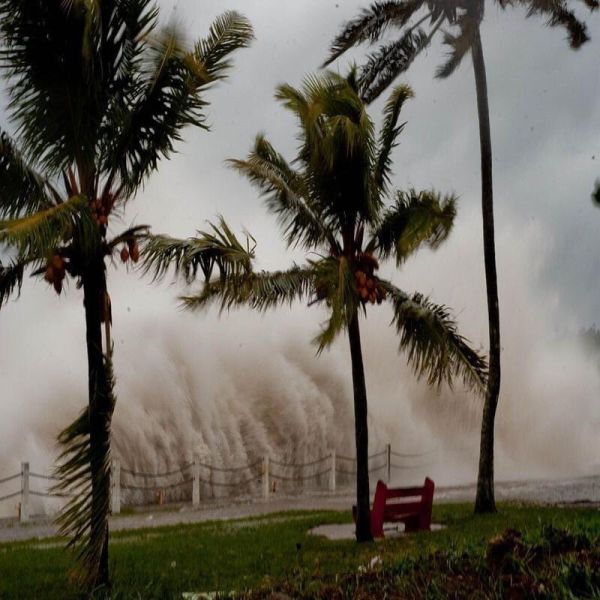 People living in the low-lying areas around Beitbridge face a high risk of flooding, as most rivers flow through the district on their way to the Limpopo River.

The CPU also urged families to be on the lookout as some homes had succumbed to excess moisture.

The CPU said Umzingwane District had received in excess of 60mm rainfall in 24 hours, while Bulawayo was at 59mm. The rains have resulted in widespread flash flooding is surrounding areas, threatening homes.

Hope of finding remains of miners trapped in Chegutu fades

“While tropical cyclone Dineo has since degraded to a tropical depression, the remains of this weather system moved over central Zimbabwe on the morning of 17th of February (yesterday) according to Meteorological Services Department (MSD).

“This weather system is expected to give rise to incessant rains resulting in increased risk of flooding and damage to homes and infrastructure,” said CPU in a statement to The Herald.

“Communities in Insiza must maintain vigilance as all the river systems are full and walls of some of the small dams have failed as the district received in excess of 82mm of rainfall over 24 hours and it continues to rain.”

The MSD said it was unclear how the cyclone would move overnight and tomorrow.

“We were thinking that it would move along the Limpopo then into Botswana but it appears it went overland into Zimbabwe, so that is what we are finding a bit challenging to predict now,” said MSD senior forecaster Mr Tich Zinyemba.

Matabeleland South provincial CPU chairperson Mrs Sithandiwe Ncube said the committee had activated all its arms and was ready to deal with any eventualities.

“We are on high alert and are ready to evacuate all those people living in low- lying areas within the province. We are monitoring the situation around the clock so that we are not found wanting and we will continue mobilising resources,” she said.

She said they had sent engineers to assess bridges in Nkakezi area and secondary roads.

Mrs Ncube said dams in Esigodini, Insiza and Matobo had flooded and that Wanezi Dam had already started giving in.

“We have teams at district level which are busy educating people about the impending disaster and how to handle various eventualities,” she said.

She said they were working with several stakeholders from across the province in information dissemination and monitoring of the situation.

The CPU said other areas at risk included Kezi, Nkayi, Tsholotsho, Gokwe and other parts of Matabeleland and Midlands Provinces.

The Zimbabwe Republic Police also urged members of the public to take precautions and be on high alert.

“Taking extra care to monitor children when playing, herding cattle, going to and from school and to move property and livestock from low-lying areas to high ground, are some of the precautions,” she said.

“The cyclone is expected to hit the mentioned areas between February 16, 2017 and Monday the 20th of February 2017. Please take these warnings seriously to avoid unnecessary loss of lives or damage to property,” Snr Asst Comm Charamba said.

The CPU advised residents in cities and towns to seek assistance of councils and local fire brigades when disaster looms.

Residents in the rural areas were advised to report to their local authorities.

“In case your home is damaged or destroyed, in rural areas – report to your local councillor or police and seek shelter elsewhere,” said CPU.

“Assistance with tarpaulins for those left homeless will be made available at the shortest possible time depending on accessibility.”

The CPU also advised people to stay on high ground and continuously monitor water levels to move swiftly to safety when the need arose. The Herald

‘Don’t give condoms to pupils’

Hope of finding remains of miners trapped in Chegutu fades