Felix Kjellberg, better known as PewDiePie, is a 27-year-old Swedish man who last year earned $15 million from YouTube videos of himself playing and talking about video games. But as of Monday night, Kjellberg had started to lose major business partners after he posted a series of videos that included Holocaust jokes and Nazi images. 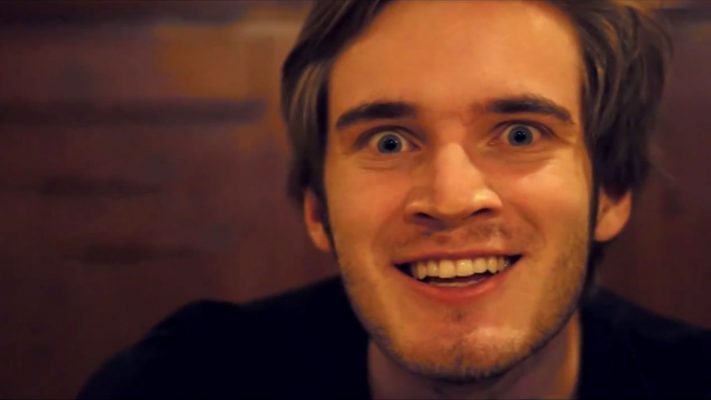 The Wall Street Journal reports that Disney-owned Maker Studios, which operates the Revelmode network that hosts Kjellberg and other YouTube stars, severed ties with Kjellberg after the company was made aware of the anti-Semitic content. When reached for comment, a representative for YouTube, which is owned by Google, said in a statement that the company is cancelling its PewDiePie web TV show (“Scare PewDiePie”). Additionally, YouTube is “removing the PewDiePie channel from Google Preferred,” an ad program for “stars” that are most desirable to advertisers.

“Although Felix has created a following by being provocative and irreverent, he clearly went too far in this case and the resulting videos are inappropriate,” a representative for Maker Studios said in a statement. “Maker Studios has made the decision to end our affiliation with him going forward.”

Kjellberg did not immediately respond to a request for comment. The news appears to have caught everyone involved off-guard; as of Tuesday morning, Kjellberg was still listed as part of the Maker Studios network on the company’s website.

The videos in question, some of which have since been deleted, include people holding signs that say “Death to all Jews” and someone dressed up as Jesus Christ telling viewers that “Hitler did nothing wrong.”

Though PewDiePie has yet to respond publicly to the latest news, he wrote in a Tumblr post this past weekend that he “was trying to show how crazy the modern world is” and that he is in “no way supporting any kind of hateful attitudes.” It was part of an experiment, he said, to see what he could get away with paying people to do on the freelance work marketplace Fiverr (which is based in Israel).

In the past few months, edgy humor on TV and the internet that toes the line between “anti-comedy” and hate speech has come under a microscope. In early December, Turner Broadcasting-owned Adult Swim canceled the show “Million-Dollar Extreme” after sustained allegations of racism, anti-Semitism, and homophobia. Ad agency exec Ian Schafer, who runs the firm DeepFocus, says that such attempts at comedy are bound to run afoul of people who manage the business side.

“Regardless of the true intent, this kind of attempt at dark humor goes places that would make most, if not all, advertisers uncomfortable,” Schafer said. “What a new generation of creators need to understand is that making content for audiences can be a business, but appealing to them shouldn’t happen at all costs.”