Chiefs ready to work with Tsvangirai 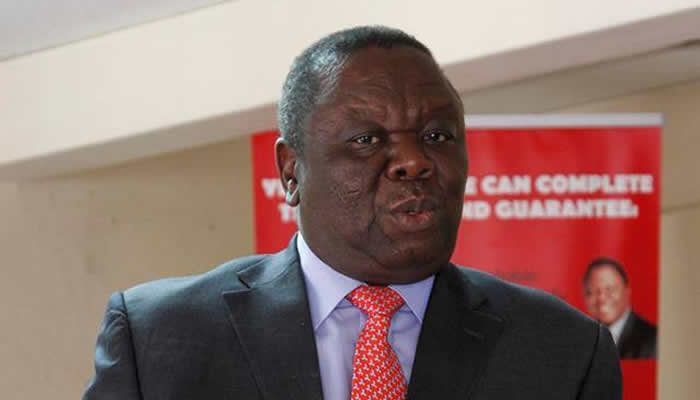 MDC leader Morgan Tsvangirai, who is currently touring the country’s provinces holding consultation meetings with community leaders has claimed that chiefs who are known Zanu PF surrogates are now ready to work with him.

Speaking to the Daily News through his spokesperson Luke Tamborinyoka, while in Masvingo, Tsvangirai, said the level of support he has been getting in the on-going nationwide consultations is unprecedented and amazing.

“It is a long programme. The turnout by chiefs, who are openly speaking about the abuse that they get from Zanu PF especially during election time, is amazing and encouraging.

“The traditional leaders are saying they no longer have the respect that they deserve because they are now being seen as Zanu PF agents. Their complaints are that people now hate them for being perceived to be Zanu PF agents,” Tamborinyoka said.

Luke-ing the Beast in the Eye: Zanu PF’s sonorous…

He said after Masvingo, Tsvangirai will be travelling to Manicaland, and has already visited Matabeleland and Midlands provinces.

The consultation meetings are part of Tsvangirai’s broader scheme of collecting people’s views and hearing their challenges ahead of the 2018 elections.

“We are doing something unique because we are not only meeting MDC members but members from across the board. Tsvangirai is listening to the people’s problems and the issues that need to be addressed when the MDC gets into power. We are already in the post (President Robert) Mugabe era,” Tamborinyoka said.

With the economy crumbling and government seemingly clueless on providing lasting solutions — Tamborinyoka said the most painful part is that “everyone is saying things are bad”.

From teachers to village heads, Tsvangirai said Zimbabweans can no longer afford to buy clothes and basics.

This is despite the fact that teaching was a noble profession back in the day, where one could be able to live a decent life, Tamborinyoka said.

He added that from poor salaries, the teachers are also complaining about the government’s failure to pay them their 2016 bonuses, in addition to the confusion being brought by Primary and Secondary Education minister Lazarus Dokora’s new curriculum.

“It is unprecedented that a lot of people including chiefs, teachers, pastors and other community leaders are coming out in the afternoon to meet Tsvangirai,” Tamborinyoka said.

In the past, it has always been difficult for people to openly and fully associate with Tsvangirai in such meetings, for fear of victimisation from Zanu PF, which has boasted in the past for having “degrees” in violence.

Tsvangirai himself has on several occasions been brutalised by Zanu PF agents, who fear his influence and capacity to win elections against Mugabe, who turns 93 next week.

Tamborinyoka also noted that most of the areas that the MDC leader has visited are so marginalised to the extent that many still live in pole and dagga houses 37 years after independence.

He added that it was now clear that every Zimbabwean sector has grievances that the MDC will address once in government, and that chiefs complained about the way Zanu PF treated them and forced them to distribute food on partisan grounds. Daily News

Danhiko praised for helping the disabled

Luke-ing the Beast in the Eye: Zanu PF’s sonorous mantra: The myth and the…