Open letter to the ZIFA Chairman

Re: The Coach’s contract

The above matter refers.

I hereby write to your esteemed office and person with great concern about the above issue. 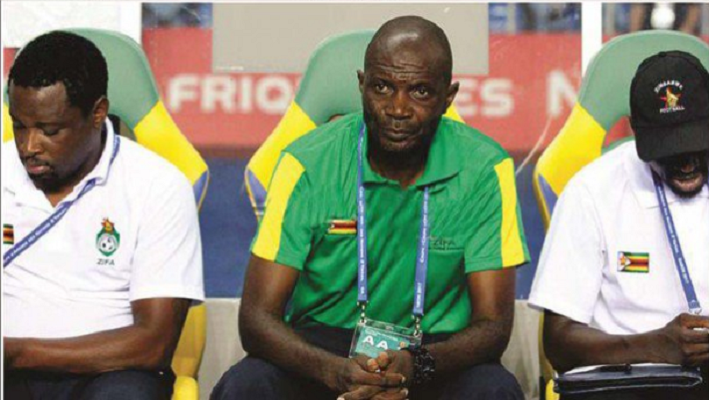 The Herald 4/2/17 carried a story in which your committee recommended that ZIFA must not renew the coach’s contract. I would like to put a few pointers and questions to your committee and I would be grateful if you could address them.

The following questions need honest and truthful answers:
● Do you really think that it was only the coach’s fault that Zimbabwe failed at Afcon 2017?
● What did your committee do to help the coach during preparations?
● As the HPC what is Zimbabwe’s football philosophy?
● Besides recommending for the hiring and firing of coaches what are the other roles and responsibilities of your committee?
● What football qualifications do members of your committee possess?
● What instruments did you use to evaluate the coach? Can you make them public?

If you evalute that committee you will be forced to accept that its a committee comprised of failures who would go green with envy of the coach’s achievements.

How can a grade 7 pupil be called in to analyse the performance of an A level Student?

Only one man in that committee can question Pasuwa because he was once there and also failed dismally there.  The other one failed to qualify as he could not even defend two goals in 10 minutes away in Angola, and suddenly he has become an expert that he can analyse someone with greater achievements than him? The other one recently got fired for poor performance at club level yet he is an expert in analysis hahahahaha what a joke!

Another man in your committee is a well known headmaster who was a bad referee during his day, now he is a master at cheating in primary school football where he is head in charge of football.  I can go on and on and on but let me end here.

You told the Nation that the coach’s report lacked technical and tactical info but in that committee who would understand it?

Chairman , the whole nation knows of your burning hatred for the Coach whom you fired just 5 days in office. Anyway we all know that you are not at all a fan of Pasuwa but the whole nation loves him. We know of your insatiable hunger for power and the media.

Anyway for one to know God he must encounter the devil so its normal.Zimbabweans are not as dull as you think Sir,  so stop using the committee to settle your scores.

As you blame Pasuwa know that you are also equally to blame. You will agree with me that you and your committee don’t even know how football can develop and progress in this Nation but sooner rather than later people will realise that you have been playing with their minds.

Anyway fire the coach and let him move on but Zim football will remain stagnant or will move slowly but backwards.
Mr Chairman we all know of the Coach’s achievements and you don’t like him for that.  Since he took over Pasuwa has managed to qualify for every tournament that he has participated in.

Now you want to tell us that he has failed at these tournaments,  its on record that he has never had thorough preparations.  For Afcon he only had 7 days of preparations for such a tournament be serious please.

Caf sent $ 245 000  meant for preparations and this is how you distributed it.

How on earth can that much money be just for a sitting allowance,  that explains the frequent meetings at Zifa. We know that you are working in cahoots with some members of the fourth estate and we have their names.

If my memory serves me right you also want to blame the coach for the non show by the warriors during a send off planned for the purposes of lying to the president that all was well to cover up all your mess.

Those players are adults and even you chairman failed to change their minds. If they could not listen to you powerful as you are what about a mere coach?

We also know that you are also targeting Mkhupali to appease your committee member who can not read or write because he failed to coach this supposedly rich club. We also know that you plan to exempt some of them from doing CAF courses on the pretext that they won the league.

Coach education has nothing to do with that Sir! Yes they won the league but is that reason for exemption.

We know they can not read or write. You did the same with Chogugudza whom you gave the Caf B for free because he is also one of your bootlickers. Sunday Chidzambwa , you need to see that you are being used by greedy and unprincipled people unless you are also greedy, unprincipled and envious of KP too.

I rest my case

Voice of the voiceless