Five gun-toting robbers at the weekend raided the house of an illegal foreign currency dealer in Bulawayo’s Emganwini suburb and got away with R15 000 and $70. 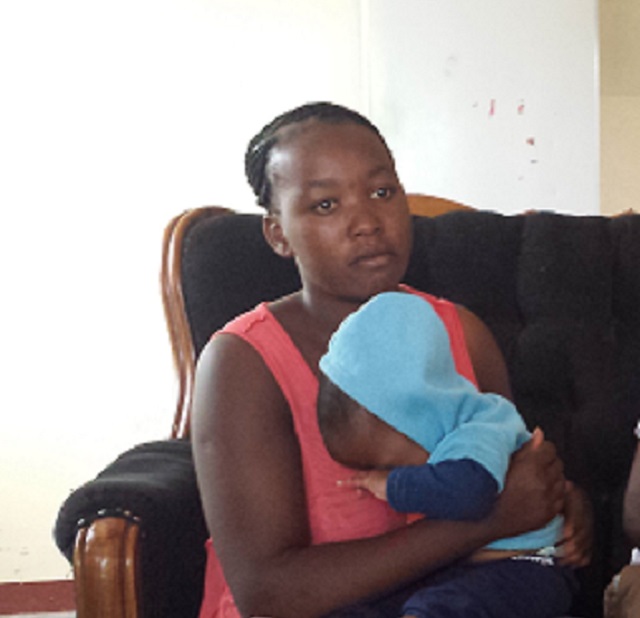 The gang gagged family members using pieces of cloth, tied their hands and feet before ransacking the house.

The five who were armed with two pistols, a machete and knobkerrie, pounced on the house on Saturday at about 1PM.

They allegedly threatened to kill the family members and to demonstrate that they meant business, they pointed a gun at a 14-year-old Form Two boy threatening to shoot him unless the mother surrendered all the cash she had.

Fearing for her life and that of her children, the usiphatheleni surrendered the R15 000 and $70.

The robbers also demanded phones from the family members.

The Chronicle yesterday caught up with the family which recounted the nightmarish ordeal that saw them being held hostage in their home.

Ms Mirriam Sibindi (22), a daughter of the usiphatheleni said it was clear that the robbers were well informed that her mother had money in the house.

“They didn’t knock, they just walked into the house claiming they were police officers and wanted to conduct a search. Two of them entered the house while another stood at the gate. The third robber was at the back door ensuring that no one escaped. I tried to escape but the one who was at the gate caught me. The one at the back door also caught my brother as he tried to run away. They sat us all down in the lounge before demanding cash from my mother,” said Ms Sibindi.

She said on realising that their claims that they were police officers found no takers, the robbers became violent and started assaulting them demanding money.

“We were five at home – that is my mother, brother and the two children – one aged four years and my six-month-old baby. Mom gave one of the robbers $70 that was in her purse but they said it was too little,” she said.

“They started assaulting us. They were armed with two pistols, a machete and a knobkerrie. They forced us to move to my mother’s bedroom where they continued to harass us demanding more money. My mom told them that the money was in the car, and they dragged her to the car but there was nothing,” she said.

Ms Sibindi said her mother succumbed to their demands after they cocked the gun and pointed it at her 14-year-old brother.

“That’s when mom surrendered the R15 000. They were doing all this having tied our hands and feet. They also shoved pieces of cloth in our mouths so that we could not scream for help,”said Ms Sibindi.

She said after the robbery, the gang sped off in a green Honda Fit which had its number plates covered.

Ms Sibindi said after the robbers left, they reported the robbery to the police.

Bulawayo police spokesperson Inspector Precious Simango said she was yet to receive a report.

Meanwhile, two armed robbers masquerading as passengers robbed a Harare-bound Inter-Africa Bus crew of $750 and disappeared into the night, police have confirmed.

The bus was coming from Chiredzi when the suspects asked to be dropped at Mureyi bus stop in Zaka along the Chiredzi-Roy Road When the bus stopped, they allegedly lied to the conductor that they had luggage in the boot and disembarked with him.

While outside, the armed robbers allegedly fired two shots into the air before ordering the conductor to surrender all the money he had.

Masvingo police spokesperson Inspector Charity Mazula said the incident occurred last Friday at about 3.30AM. She said the suspects are on the run.

“I can confirm receiving a report of an armed robbery whereby two armed men robbed Inter-Africa bus crew of cash at gun point in Zaka on Friday. The suspects disappeared after committing the crime and police have since launched a manhunt,” said Insp Mazula.

A source said the two armed robbers grabbed the conductor by the belt before firing two warning shots into the air.

“One of the men went to the driver, only identified as Mr Mwale, brandishing a pistol apparently to instill fear. He then ordered him to proceed with the journey while they remained with the conductor,” said a source.

He said the armed robbers then demanded cash from the conductor who allegedly handed them $750.

The suspects then assaulted the conductor before disappearing into the darkness.