Criminals are reportedly driving cattle onto highways to cause road accidents and take the opportunity to steal valuables from victims, it has been learnt. 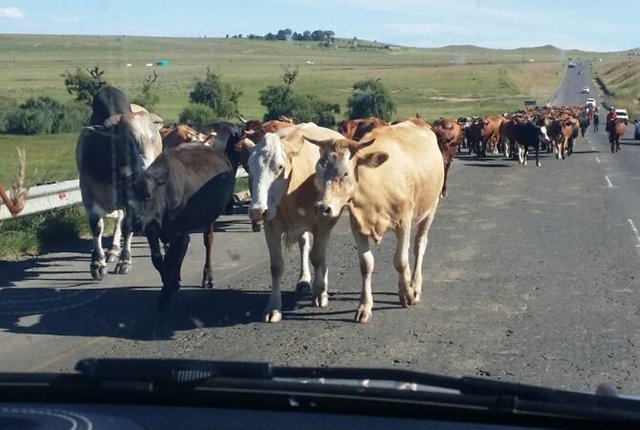 Most affected is the Harare-Beitbridge Road where travellers to and from South Africa often carry goods worth thousands of dollars.

According to villagers and traditional leaders in Masvingo Province, the criminals were in the habit of targeting motorists and driving stray cattle on the road when a car is approaching.

After causing an accident, the criminals allegedly ransack the vehicle and steal valuables.

They do not even assist the injured.

9 killed on roads on Boxing Day

They also allegedly take with them meat from cattle killed during the accidents for sale to unscrupulous butcheries and food outlets.

This was revealed by villagers and police officers during awareness campaigns conducted in the province, recently.

Police assured the people that they would remain visible on the roads.

Snr Asst Comm Makodza said between January and October, 1 923 cattle were stolen in Masvingo province and 116 people were arrested for stocktheft. The Herald

9 killed on roads on Boxing Day