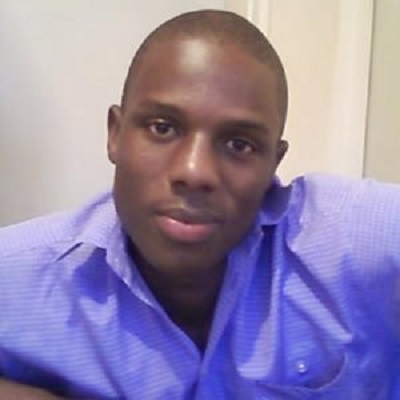 Tribute to Cont Mhlanga
Cont Mhlanga is retired today, having left Amakhosi theatre, a company he founded in 1982. Yes 1982. Today this great icon is now based in his rural home of Lupane, retired yet continuing to offer inspiration to upcoming actors in theatre and drama. The dream of churning out actors who would put Zimbabweans on the international map, still lives to this day.

Recently I had an opportunity to spend a day with this great icon in Lupane having paid a courtesy visit to learn from this great icon, lessons of what it takes to run and achieve such a seemingly impossible dream. When I quizzed him on why he chose to retire, his answer, soft but yet firm was that he felt he needed to give way to new ideas and new blood.

Today the villagers in Lupane have a legend right in their background, a legend who groomed many established artists and actors who continue to fly the Zimbabwean flag high in different corners of the world. What amazed me when I was talking to Cont, is his desire to see artists self-sustainable beyond Amakhosi.

Today, one of Zimbabwe’s decorated artist, Cont mingles with villagers, having fought a good fight and defied odds. Cont Mhlanga, a true Zimbabwean legend, who contributed immensely to the development of arts and theatre, a legend whose feat and determination is worth emulating. True legend,  great  respect.

Wither #Thisflag?
Zimbabwe has been experiencing a series of protests in the past few months against all sorts of vices such as cronyism, corruption and the general economic collapse. While this is commendable in as much as pushing government to account and be more transparent, the debate that currently tops on social media is the one of Pastor Evan, who invented #Thisflag movement.

While critics have swiftly moved to brand the cleric a fraud, or fake, what is uncontestable is that his message resonated with what many were experiencing at the time. While this article is not dedicated to defend Mawarire, but it think what such critics miss is the notion that the struggle should not be personalized. Mawarire just like all of us, is a citizens who played his part and what is left is for us to play our parts as well.

The momentum that was gained during Mawarire’s campaign has fast faded away. Rather the fever has caught those especially in the diaspora who are using the social media to register their displeasure of the current state of affairs in Zimbabwe. While we have witnessed a few demonstrations over the last months, what is lacking is an organic and well-structured movement that glorifies overzealous individuals as champions.

What is lacking are selfless individuals who will not be so much interested in “recording” the struggle to share on social media where their false  acts of bravado and macho man like expeditions allow them to get a handful of likes and good comments. This is what is killing the momentum. While some try to use social media to wage a revolution, they remain unsuccessful.

What is needed is an organic movement that puts on itself a citizen responsibility of making or bringing change. Added to this there have been changes that have taken place over the years. My question today is what is the reference and guiding document or charter that measures, reviews and evaluates our struggle from time to time? I will not waste effort to talk about NERA for obvious reasons. At times I wonder, how history will judge us after all the madness currently going abruptly comes to an end.

The two faces of ZANU PF factionalism
It’s beyond any shadow of doubt that factionalism continues to hinder economic growth and cripple efforts to combat corruption. The current turmoil in ZANU PF continues to unfold even in public glare. On one end, the two factions within ZANU PF continue to use anything at their disposal to make desperate points or continue to tear each other apart.

The recent ZIMDEF scandal being the height of where factions can go in their bid to gain an upper hand. What is important to note is that those “high sounding nothing” scandals only serve services and lubricates factional politics. Nothing more. The debate on how Jonathan Moyo abused the Zimdef funds is now fading away.

Money was misappropriated and that is just that. Such a case goes on to confirm the notion that has always been held that President Mugabe’s soft stance towards corruption have spurred his cronies to aim at  breaking records  of corruption.

Enter the greedy lot!
The news that war veterans are demanding US$500,000 made sad reading. Why this group of people thinks that Zimbabwe owes them and therefore should be held at ransom still baffles my mind. After the fallout of Christopher Mutsvangwa and his subsequent expulsion from ZANU PF, there has been increasing tensions between them and their patron, President Mugabe.

In complete defiance of their patron, the war veterans severed their ties from ZANU PF. During this period, they have also made demands and offered “ultimatums” that include demands for payment of school fees for their children. The recent demand for the 500k highlights their latest outrageous demands. This is the group that was heavily rewarded with farms and ZW$50,000 gratuities in 1997.

Their approach has somewhat been cunning, whenever they have made outrageous demands, President Mugabe has made a flurry of flamboyant promises to them, some of them so fantastical and unnecessary that many have wondered why President would wrap and trap himself in such unsustainable obligations. Just last week he donated cars to them.

The government is currently saddled by a burden of paying salaries of civil servants while there is little or no production in the economy. The war veterans seem to have an upper hand because they are needed to mobilize and campaign for ZANU PF ahead of any election. This, they have done with zeal over the years with 2008 being their height of their brutality especially in the run up to the June presidential elections.

ZANU PF on one hand has to deal with the fights within factions that seem not to be slowing down while on the other hand the constant menace and threat of the war veterans continues to haunt it and cause serious divisions.

The Mistake of 2013
While some people can give credit to ZANU PF for crafting a “catchy” electoral message in the form of its indigenization manifesto in the 2013 Presidential elections, it is the same propaganda that has returned to haunt it a few years later.

The “indigenize, empower and develop’ propaganda has created a multitude of vendors and total economy collapse. Elections are about promises, but ZANU PF got caught up in its own rhetoric and refused, against all economic indicators, to alter its pledges. As a result the party came to power preoccupied with managing expectations instead of the country.

Still today, the outrageous promises of creating a million jobs continues to fuel and arm social movements with messaging that is relative. Yet Mugabe’s  image as an avuncular and wise statesman has been undone by his blustery, self-righteous anger in office, as he has taken a law-and-order, take-no-prisoners approach to all problems –  even those requiring tact and negotiating acumen.

With Mugabe improvising aimlessly and looking confused and ill-prepared to tackle emerging promises, some supporters even within his party are now saying that it would have perhaps been better if he had never “won” the 2013 elections. Instead he has found a new home, a fortress to protect him from pressure from domestic pressures.

This new home is the frequent and unnecessary visits to afar off foreign lands even to summits that seem ignoble and petty for a whole head of state. This however has enabled him to remain the philosopher and false custodian of political morality that his party still imagine him to be, a transcendental figure unmoored to and above the messy contestations of politics and the complicated art of governance that he has failed to master.

The centre has lost hold
In all this, the centre of power doesn’t appear moved, rather the President has utilized any opportunity he gets in his new “fortress” to pour vitriol on imperialists whom he accuses of trying to recolonize us. What he knows is that he has lost the script and knows that no sooner than later, factionalism will have the last laugh. All things good or bad come to an end. Time today has failed me to talk about Social movements in Zimbabwe where serious discord and petty individualism continues to slow “momentum”.

Dear reader I will tackle this issue in my other instalment. God bless Africa, God bless Zimbabwe!