Police here have refused to clear a demonstration by civic society organisations, citing the grouping’s failure to file their application within stipulated time. 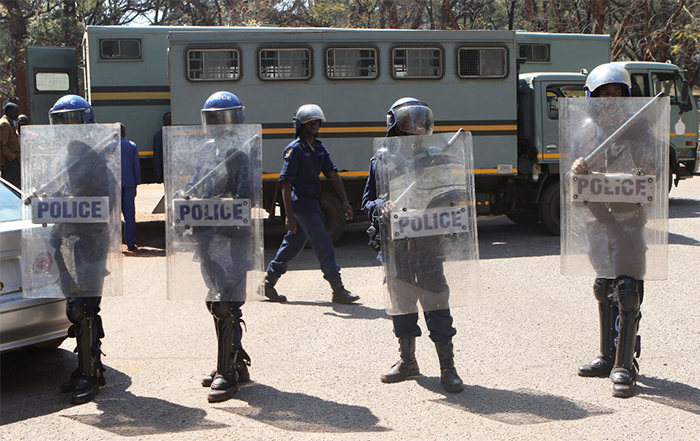 The protest — under the banner #This Constitution, Our Constitution Campaign — was targeted at compelling President Robert Mugabe and his Zanu PF government to respect the Constitution.

It had been slated for Thursday, November 17, at the City Hall and the group intended to march from there into the Bulawayo central business district.

“ . . . your application does not meet the Act’s requirement of seven days notice before any demonstration or procession is held. You are therefore kindly required to submit another notification which conforms to the said Act,” read the police’s response.

However, the pressure groups claim they notified the law enforcers within the required time.

“We officially handed the letter of notice eight days before and it’s clear in our letter. But now the police boss claims his office acknowledged receiving the letter on the 11th and for that reason, in his calculations, the march cannot proceed,” one of the protest’s organisers, Abigale Mupambi, told the Daily News.

She said part of the demonstration’s objectives was to raise awareness about the Constitution, a role she said government had effectively failed to play.

“This is the highest level of betrayal and undermining of the masses. Anyway these are clear efforts by the police to frustrate us but let them be warned that we are not going to give up on this one, even if it means going door-to-door.”

Mupambi said they had since engaged lawyers to ensure an urgent application is filed to force the police to give them the green light to the event. As part of the protest, the pressure groups had collected hundreds of copies of the Constitution, which each protester was supposed to carry.

Protests in Nairobi over demolition of informal houses