A Zimbabwe court has dropped charges against a professional hunter alleged to have helped an American dentist to kill a famous lion named Cecil. 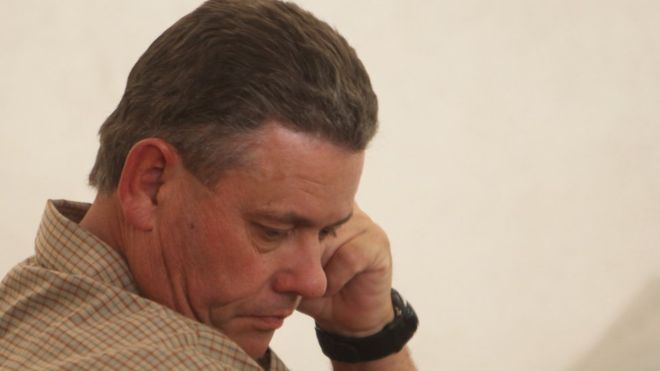 It ruled that the charges against Theo Bronkhorst “were too vague to enable to him to mount a proper defence”.

His lawyer, Perpetua Dube, told the BBC the offence did not have the force of the law and was not criminal in nature.

The lion – a favourite at Hwange National Park – was shot by Mr Palmer with a bow and arrow.

After Cecil the lion, it’s the massacre of elephants in…

Mr Bronkhorst said in court that he had obtained all the permits required to kill an elderly lion that was outside the national park boundaries.

He is now a free man, though the state could still press fresh charges, the BBC’s Shingai Nyoka in Zimbabwe’s capital Harare reports.

Cecil attracted photographic safaris and was part of an Oxford research project into lions at the Hwange National Park. BBC News

After Cecil the lion, it’s the massacre of elephants in Zimbabwe