On paper, 16-year-old Thandi* is too young to work legally as a domestic worker. But she does. And between 07:00 and 17:00 when her employer is away, she sells access to her employer’s Wi-Fi. 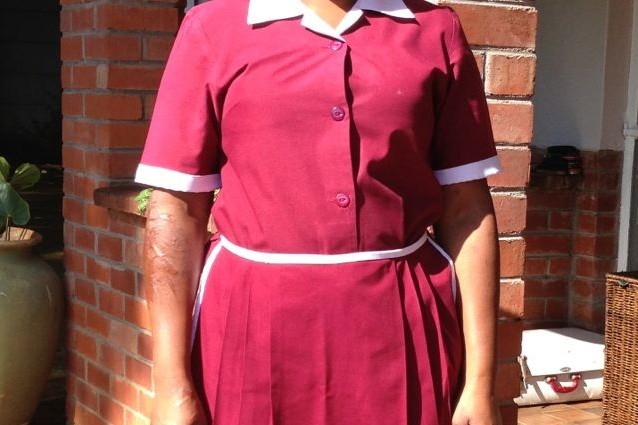 “I get to secretly sell my employer’s home Wi-Fi passwords for a daily fee,” says Thandi, who works as a cook, babysitter and cleaner in Vainona, one of the poshest suburbs in Zimbabwe’s capital, Harare.

“The home monthly Wi-Fi bandwidth is [almost] limitless, so quantity is not an issue.”

Because the Wi-Fi range is quite short, she only allows people to be close enough to access it once they’ve paid her.

100 Women: Maid dies in Malaysia after being left to…

Thandi’s employer – she calls her “madam” – works 30km away in Harare at a meat company. Workers there have gone for two years without wages, says Thandi, and her employer can’t pay her regularly, GroundUp reported.

“My agreed wages as live-in domestic help are [US]$90 monthly. I last got a salary in May.” (Amounts are in US dollars.)

“As a domestic helper, I want to buy winter shoes too. Isn’t that right?”

Her parents died when she was nine years old. She left her village for Harare in January.

According to the Domestic Workers Rights Advocacy Union, thousands of domestic workers are among the hardest-hit in Zimbabwe’s faltering economy.

Minimum wage legislation in 2011 set their wages at $0.45 an hour for a garden worker, $3.79 a day for a housekeeper and $0.53 an hour for a carer with a Red Cross certificate or similar qualifications looking after disabled or aged people.

“We resort to selling our employers’ home Wi-Fi in their absence. It’s dog-eat-dog now,” says Thandi.

Her friend Melania*, also a domestic worker in Vainona, says she knows child-minders in Harare who also supplement their earnings this way.

“In this neighbourhood there are dozens of boys who finished high school and went no further. They are idle – and surfing Wi-Fi [sic] on their smartphones is a hobby to fill their lack of purpose.”

Urban Zimbabweans’ appetite for Wi-Fi is rapidly expanding. Tel One, the state’s fixed telephone operator and broadband provider, has deployed 103 Wi-Fi hotspots around the country and private players like Zimbabwe Online claim 200 hotspots.

Home Wi-Fi routers are selling fast. Some employers are supplementing wages with deals to access up to 120GB a month.

Zimbabweans use Wi-Fi to search for technician or domestic worker jobs online in far-off places such as Dubai, apply for visas to relocate to New Zealand, Europe or Canada or to Skype to keep up with Zimbabweans abroad.

Packages have stabilised to as little as $15 a month for household Wi-Fi use and connection speeds in cities have improved.

At the brown gate outside Thandi’s place of work, four boys lean against a concrete mast. Headphones are glued to their ears, their fingers nip at Huawei screens, and to a casual observer they appear to be bathing in the morning sunshine.

“The speed is good. I am Skyping my mum in Durban, South Africa, see,” says Garikai, who has A-levels from high school. He wishes his mother could travel to Zimbabwe for Christmas.

“This secret Wi-Fi is a lifeline. Voice calls to my mum in South Africa would eat off $10 from my pocket money weekly. With Skype I see her face. Miss her? Yes I do, too much!”

To allay any suspicion, Thandi occasionally comes out of her employer’s kitchen and pretends to laugh, clap hands and play “pada soil games” with the boys hooked up to her secret Wi-Fi at the gate.

“My employer, when she comes home, can be rough if she sees me with copious amounts of $1 dollar notes. She will accuse me of selling her kitchen pots. So I must hide the notes.”

For petty survival deals like this, Thandi’s “madam” can dock her wages or fire her, says the Zimbabwe Domestic Allied Workers Union.

It’s not only secret Wi-Fi-selling that supplements domestic workers’ wages.

Melania says she dabbles in secret hairdressing too.

“I do hair styling while my employer is away. With the little money I get, I buy hair relaxing gels to style the hair of neighbourhood women. I charge about $10 to do hair plaiting for girls who want dreadlocks on their head in three hours. I secretly use my employer’s electric blow-dryer machine. The trick is to wash the utensils and clean them thoroughly so my madam, when she returns, she doesn’t know.”

Thandi goes off to harass her secret “clients”.

She fears that Skyping for over three hours daily will dent her madam’s internet allocation.

She has ways to keep the “Wi-Fi boys” in line. If they overstay, she sprints into her employer’s house and switches off the Wi-Fi router power terminals.

‘We domestic workers have to think creatively’

Thandi says she makes $40 a month from selling the Wi-Fi passwords. “This is my lifeline. I don’t get a salary anymore. Madam says banks refuse her money. I don’t know why.”

“With the money I can buy extra bread and save some to go through a repeat of my woeful high school examination in 2017.”

Every day, from Monday to Friday, Thandi and Melania repeat their Wi-Fi selling scheme.

“We make sure the Wi-Fi boys disperse from the gates at 14:00 daily before our employers return,” says Thandi, wiping the router antenna with a cloth.

If they are caught “we will claim the boys languishing secretly for Wi-Fi are our boyfriends”.

“We domestic workers have to think creatively in Zimbabwe.”

Thandi’s eyes fill with tears. “One day I want to return to school and be a nurse.”

* Not their real names.

Chombo fights to stay out of prison

100 Women: Maid dies in Malaysia after being left to ‘sleep outside with…