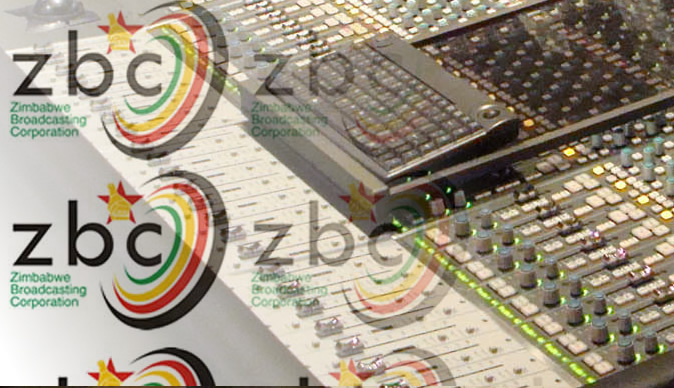 Mutsinze died at Parirenyatwa Hospital on Tuesday morning when he lost his battle with cancer and will be buried this afternoon at Plot 3 Mandalay Park in Ruwa.

The veteran broadcaster left behind his wife Oppah (74), a daughter, two sons and seven grandchildren.

A former teacher in Gweru, Mutsinze switched professions and became an announcer/producer but rose through the ranks to become the Chief Producer at Radio Zimbabwe.

Mutsinze was a household name and many old listeners to the pre-Independence African Service of the Rhodesia Broadcasting Corporation and its successor after 1980, Radio 2, remember him for his lively and comprehensive soccer Shona commentaries.

Listeners could literally “see” the action, and those crowding around portable transistor radios in the locations (now high-density suburbs) would have ears glued to sets, keenly following the game and erupting in joy as the commentary pumped up the excitement.

Due to his versatility in languages, he was also the voice behind the popular Sports magazine programme Kingsgate Kingdom of Sports, which he presented exceptionally well in Ndebele, Shona and English.

During his time on the airwaves, Mutsinze formed formidable commentary teams with the late Godwin Mbofana, Kingsley Sibanda, the late Collet Bahlangeni and Nisbern Nasasara (late).

He is also remembered for working with Jackson Sithole, who did most of the soccer commentaries in IsiNdebele.

A self-confessed Dynamos supporter, Mutsinze also did commentaries on athletics, boxing with the most notable match being a title bout between Ringo Starr and Tar Baby.

Apart from soccer commentaries, Mutsinze, who also served as a member of the Sportswriters Association of Zimbabwe, became a strong advocate for the upholding and protection of cultural values, researched on programmes like Tsika Dzedu, Tsumo Nemadimikira as well as Chinokura Chinokotama.

Before joining Radio 2, Mutsinze, who was popularly known as “Machewe” by his fellow workmates at ZBC, also worked as a producer-cum-presenter at the English Channel Radio One.

Born on April 10, 1936, Mutsinze was educated at Daramombe Primary and Makumbe High schools and he drew inspiration from the British Broadcasting Corporation’s soccer commentaries then.

At the time of his death, Mutsinze was retired and enjoying a quiet life at his plot in Ruwa.

He will long be remembered by the older generation of Radio 2 listeners as a broadcaster-par-excellence, who educated, informed and entertained them for some 30 years.

During his three decades on radio, Mutsinze watched and covered local and international matches involving different generations of players in pre and post independent Zimbabwe.

By yesterday condolence messages were pouring in for Mutsinze with another former soccer commentator Eric Knight describing him as “one of the greatest voices ever to be heard” on local radio stations.

“Ladies and gentlemen, fellow scribes, Zimbabwean Broadcasters and all members of the Media fraternity, it is with sadness, grief and sorrow to share with you the news that veteran Broadcaster Jonathan Mutsinze has passed on.

“VaMutsinze is one of the greatest voices ever to be head at the Zimbabwe Broadcasting Corporation.

“A versatile, intelligent and kind old man are the three words I would use to describe him. Popularly known as ‘Machewe’ at ZBC, he was
definitely the most experienced Broadcaster I have worked with.

The Herald Sports Editor, Collin Matiza, yesterday described Mutsinze as one of the finest soccer commentators to emerge from this country.

“The old man (Mutsinze) was just a joy to listen to on radio in the pre and post-Independence era, especially when commentating on matches at Rufaro Stadium involving his favourite soccer side Dynamos who were then led by the legendary George ‘Mastermind’ Shaya.

“He was so passionate about his job and was very thorough in everything that he did in the commentary box at Rufaro. He also taught me a lot when I became a sportswriter in the mid-1980s when we were both members of the Sportswriters Association of Zimbabwe.

“I will remember Jonathan Mutsinze as a highly experienced and professional soccer commentator endowed with unique human properties. He was to Zimbabwean soccer commentary what Martin Tyler is to the English Premiership’s radio and television commentaries today, … condolences to his family and relatives,” Matiza said. Chronicle