The Spirit of Hitler Hunzvi was spotted during Mahiya trial 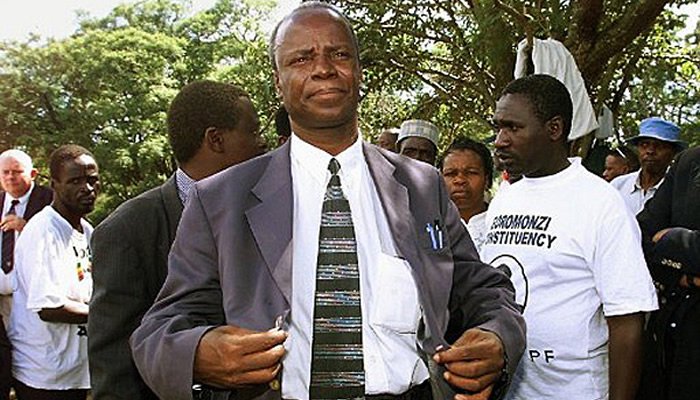 Zimbabweans, I greet you in the name of Mbuya Nehanda and Sekuru Kaguvi. You should not be surprised to come across the WORD ‘WIFI’ in this article and I should therefore define it in order to avoid confusion among the readers.

WIFI means the spirit of Hitler Hunzvi which was rejected by the heavens currently hovering around ZANU PF headquarters in Harare but sometimes spotted at ‘White House’.

I almost died last night when the War Vets claimed, they spotted the spirit of Tongogara during Mahiya’s trial and I am still convinced that, they mistook it with the WIFI of Hitler Hunzvi which is hovering around Harare.

Mandiwanzira shall be remembered as a social media hangman

10 questions for Joice Mujuru to answer before we accept her

#ThisFlag Evan Mawarire: The Morning Star of the Reformation

This article is aiming at supporting the view that, the spirit spotted during the Mahiya trial was not that of Tongogara, it could have been the spirit of Hitler Hunzvi. The other aim is to support the fact that the War Veterans Association is a ‘bloody’ organization.

If we are to trace the bloody history of War Vets, we should not forget what happened to Chitepo and Mukono. The War Vets murdered Chitepo and Mukono after the Nhari Rebellion but up to now they do not want to accept their murderous act.

We are told Rugare Gumbo was among the team that authorized the death of Chitepo. I would love to hear the position of Rugare Gumbo and you all know that, he is now with ZPF and other Mujuru comrades and I will never ever support such a murderous party.

War Vets did not even bother to push and find out on what happened to Chitepo, all we are told is that the Smith regime was responsible. To my surprise, the same War Vets are now wailing and cry for Mahiya who is well known for invading and grabbing farms in Zimbabwe. If they are serious, Chitepo was supposed to be more important than gorilla fighter Mahiya.

The bloody movement did not end with Chitepo, the War Vets killed Tongogara and up to now Zimbabweans do not know what happened to comrade Tongo. The War Vets never pushed to find out the cause of comrade Tongo’s death and his family (children) and siblings are suffering while Chinotimba’s family has multiple farms.

Despite the fact that War Vets neglected comrade Tongo, they never even bothered to find out the cause of his death, today they say the spirit of comrade Tongo was spotted during Mahiya trial.

This is the reason why I suggested that, the spirit that was spotted during that trial of Mahiya was not that of comrade Tongo, but could have been the WIFI of Hitler Hunzvi. How do War Vets expect comrade Tongo’s spirit to come during Mahiya’s trial when in actual fact, they never even bothered to inquire about the cause of his death.

How can that be ‘iro Guva ra comrade Tongo risina kurohwa’. The spirit of comrade Tongo should be laid to rest before it comes down to help War Vets and ZANU PF.

The bloody movement did not end with comrade Tongo, general Mujuru was murdered (according to Joel Mujuru). The War Vets where seen on television at the farm of General Mujuru some few hours after the claimed murder but no spirit was spotted and hapana kana muWar Vet akabudirwa na comrade Tongo in support of the lifeless body of the general.

The War Vets are now saying, Mahiya is more important than the late general! That is why I am saying to War Vets, hands off comrade Tongo and the spirit of Tongo could have been spotted during the general’s death and not during the trial of Mahiya.

The list of innocent Zimbabweans killed by the War Vets is endless and we may waste pages writing the plenty incidents so I will stop here.

Comrade Chamisa, I saw you at the court during the trial of Mahiya, exactly where the WIFI of Hunzvi was spotted, I saw you hugging Joice Mujuru and kissing Matemadanda. Please Chamisa, tamba wakachenjera tinoku chema iwe. You should know that the War Vets is a bloody organization and if you do not want to listen from me, therefore you should prepare your ‘will’ from now.

Comrade Chamisa, did you read the comments from War Vets while responding to your article that you exonerated them? They were saying you should be the NEXT PRESIDENT etc and you should know that, they want to destroy your relationship with Tsvangirai and MDC-T! You should be careful and bhora pasi! You should get notes from Rugare Gumbo and siyana ne ma War Vets ayo ‘Pwotoro Pwotoro’

The bible says leave the dead to bury their own dead.

Zimbabweans, be very careful. The spirit of Hunzvi was spotted at ZANU PF headquarters and you should avoid that place. Do not be fooled by these War Vets we know huori hwavo and Tajamuka. I am also requesting War Vets to consider appointing Chamisa to be the president of War Vets ‘Bloody Association’.

Mandiwanzira shall be remembered as a social media hangman

10 questions for Joice Mujuru to answer before we accept her

#ThisFlag Evan Mawarire: The Morning Star of the Reformation