My life is choked by new media — Whatsapp, Facebook, Twitter, LinkedIn, Skype, Google+, e-mail, voice calls, YouTube — the list goes on. I know that social media are indispensable, especially when it comes to the passing on of information and knowledge, and perhaps how to resolve some of the problems we face as people. 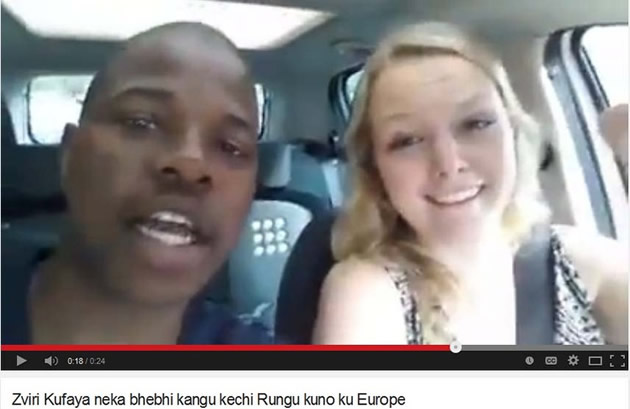 Yet, what annoys me is their demand for time and attention, as well as their passion for trivia and loyalty to decadent ideals.

I am tired of social media messages generated by perverts and morons in order to celebrate stupidity, mediocrity and collapse of values.

There are silly and sickening videos circulating on social media being referred to as the “Zviri kufaya” videos.

#HowTheyRobbedUs, just another pity party for the cream of…

The videos are of Zimbabweans in the diaspora showing off the supposed abundance and good life they are now enjoying in foreign lands.

In one of the videos, a Zimbabwean woman is seen stuffing her face like a Christmas turkey with food, and punctuating the gormandising with speeches about how she can now afford to eat as much meat as she wants without any sadza.

She then mocks the viewer (who is you and me) back here in Zimbabwe by asking whether we have ever had such luxury of eating meat without sadza?

She exposes lack of knowledge about nutrition, balanced diet and diseases of defective metabolism of uric acid that cause arthritis.

I think she was just a housemaid, that type which got sneaked into the UK and they are mistaking the UK for heaven.

These ignorant underachievers are actually confirming certain stereotypes about black people. They legitimise the stories like that of Zuze, which parodied black people.

The other shameful video shows a young black Zimbabwean man celebrating that he is dating a white girl!

The young Zimbabwean man is driving a very basic car and sitting next to him is a white blonde girl.

At that point, the girl says “Ndakakajumha-jumha” and the boys adds, “Kamubhoyi.” We know where that excitement comes from.

Colonialism taught the African that white people are very special people, a superior race that is to be worshipped.

But one can tell by the use of the word, “ndakakajumha” that the poor boy knows he does not deserve the white girl and it is a chance and perhaps illegal affair nemwana wabhasi.

The term baas or bhasi was used by blacks to address white people, and even a white baby boy was revered and also addressed as picanniny or junior baas.

The picanniny baas could order older black men around and even embarrass them.

A bass, which is the same as master or boss was a supervisor or employer, especially a white man in charge of black people at a farm, factory or mine. In the end, any white male became baas.

And also, during colonial times, a black person would not dare get close to a white Rhodesian on an equal basis.

And it was unimaginable for a black man to have an affair with a white woman. It was almost an abomination!

If a black man got close to white girls, they would be terrified and what was on their minds was the thinking that the savage would probably rape them.

There was also racial segregation in schools, bars, streets, certain public buildings and residential areas. As a result, the black man felt inferior to the superior race.

So, showing off his white girlfriend is an achievement worth shouting home about nekuti sekuru Gudo vatenga Samsung Tablet, but the unfortunate thing is he will use it to crush centipedes.

I think there are better achievements to celebrate than exposing your private aspirations to date a white girl.

Most Zimbabweans who have found new homes in foreign countries remind me of Wilson Katiyo’s novel Going to Heaven.

Going to Heaven is about a Zimbabwean man called Alexio who is the main character who travels to England, the supposed “heaven.”

Alexio has extremely great expectations about how his life is going to be of bliss, champagne and caviar when he gets to England.

Unfortunately, and perhaps tragically — when Alexio eventually gets to England, he is mightily disappointed with the reality that welcomes him.

Most of his experiences remain suspended between being inside the English country, and being an outsider.

Who he is and the reality of the culture that he plunges into are as different as chalk and cheese. “Heaven” is not what he imagined it to be.

Today, there are Zimbabweans that are trying to paint a rosy picture of life in the UK, but the honest truth is that life for most of our folk there is a dog’s life.

On the surface, they seem happy in these lands of “plenty” but the truth of the matter is that they are culturally and spiritually in an orphanage and the badly need psychosocial support.

There is an urgent need to help most Zimbabweans in the diaspora to meet their emotional, social, psychological, and spiritual needs because they have experienced or are experiencing a number of challenges in their lives.

There is need to foster healthy development and to make life worthwhile and meaningful for them before they are buried in the rubble of their internal collapse.

The reality remains that we will never be fully accepted by the people and the cultures of the foreign lands we want to call home.

I remember a chap I met at Harare International Airport at one time. We had disembarked from the same flight and as we were queuing to get our passports stamped, he could not contain his excitement.

He gleefully rubbed his hands and started talking to me. He said, “Mukoma, kumusha kumusha chete! Nyangwe kuchisevewa sadza nedoro this is the place that makes us complete.”

What the gentleman was talking about is that when you are home, you have dignity.

Dignity is that state or quality of being worthy of honour or respect.

One of the things that I personally experienced with horror and pain was that, when you are in these foreign lands, which have become hunting grounds and homes of most of our folk, you are made to be extremely aware that you do not fit or belong here.

If there is one thing that foreign countries successfully made me realize and feel, it is the fact that, a black man belongs to Africa.

Ask your friends or relatives in the diaspora kuti zvinoitwa here zvatinoita kuno zvekuti ukakwira kombi, bhazi kana chitima, or if you are in the same queue like me and the guy I met at the airport, for you to just start talking to a stranger.

It is unheard of! Zvedu zvekukwira kombi and you hear people talking about soccer, Macheso’s daughter, Makandiwa, Magaya or Makanaka Wakatama like we do here.

Being in a foreign country is like being in a jungle. You cannot make the jungle your home because you are not Tarzan.

The rule of the jungle is eat or be eaten. The jungle believes very much in packs, prides and herds and it is well known that a baboon cannot join a pack of wild dogs.

The jungle is very much about marking territory and protecting your territory. I know of Zimbabweans in South Africa who will never want it known that they are Zimbabweans.

The most shocking thing is that, these Zimbabweans have learnt South Africa’s languages and will even bad-mouth Zimbabwe and its people all because they want to be accepted.

You may call it a survival strategy, but to me, it is great betrayal.

Seh Calaz and Soul Jah Love blame each other for violence

#HowTheyRobbedUs, just another pity party for the cream of Zimbabwe