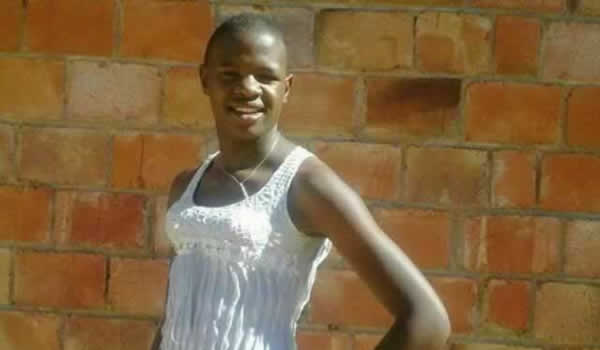 BULAWAYO – A Sizinda gay man, who has attracted ridicule from many people in the suburb after reportedly going around cross-dressed and courting unsuspecting men with the promise of large sums of money for a “one-night-stand”, has hit back at critics boasting that no one would change who “she” was.

Mr Khulekani Ndlovu, has taken to the social media, to attack people from Sizinda and threaten reporters, cockily declaring his sexuality.

Investigations by Sunday News revealed that he goes by two different aliases on the popular social network, Facebook- Khulekani Ayandah Ndlovu and Ayanda Ndlovu Kay, where in both accounts he parades a number of pictures where he openly exhibits and boasts of being gay and in some is cross-dressed.

After homophobic jibes, Buttigieg says US has ‘moved…

Gay Kenyan pastor the first to publicly marry – and now he…

In another picture, Mr Ndlovu poses with another famous Bulawayo gay activist, Ricky Nathanson, who recently made headlines after entering a female toilet at a local hotel.

In one of his posts on the social networking site, Mr Ndlovu decries the negative sentiments he was receiving from people in the suburb but at the same time declaring that he was not going to be moved to change his sexuality.

“This world is so cruel, right in my hood where people have known me from when I was little, I get gay bashed. I don’t know how, why and by who, all I know is the Lord worked his miracles. If it weren’t from him my family would be talking a different language now. I don’t know who still hits someone for no reason but for the fact that they (are) gay, I wish them well as there really is nothing I can do, all I can say is; you did not silence me but have made me even stronger, I’m stronger, prouder and more gay than before, go ahead beat me, rape me, insult me, I will not be moved, the only way is to kill me,” reads part of the post.

In another post after the publication of the Sunday News article, Mr Ndlovu, who seemingly had not admitted his interests to his parents, bemoans the task of facing his mother and admitting his sexuality.

“I have the best family ever, after such a stupid story being written about me on the Sunday News they still stand by me and believe that it’s stupid and lies, they want to go after the lousy reporter, I feel pity for him, he doesn’t know that you don’t mess with a person like me (sic),” reads the post.

In response one of his friends, who also poses as a gay in some of the pictures on his Facebook profile, going by the name, Nkosie M BJ Knowels, says; “Girl asimtshiphise lona njayothuvi. I say we make his life hell.”

In another post, Mr Ndlovu alleges that this publication got the initial story from one of his former boyfriends, who he had dumped.

Some of the queer groups that he is part of in the networking site include Bulawayo Gays on WhatsApp and Maorder emu area, all of which are clearly aligned to the gay community.

Sunday News also visited the suburb where Mr Ndlovu stays, last Wednesday, and residents revealed he was now more openly gay than before and was heard on a number of times boasting that no one could do anything to him as he was subject to his own personal rights.

“There is nothing much we can do as neighbours because we know the family and it does not seem culturally correct even though the act by this young man is itself culturally wrong,” said one neighbour who declined to be named.

Sunday News also visited one of the local drinking spots, where Mr Ndlovu is alleged to at times patronise and learnt that whenever he visited he was a large spender.

“When he comes here with his friends, some of whom I suspect are also gay, judging from the way they act, they always spend a lot. Truth be told is that these people are just too rich and are prepared to spend.

“To be honest, there are some people who have also been turned gay due to the large spending of these people. I suspect there are more gay people in the suburb than we suspect because these people buy a number of young boys in the suburb a lot of beer,” said a barman at the drinking spot.

When Sunday News visited Mr Ndlovu’s family home they knocked for close to 10 minutes but the door was not opened despite there being voices emanating from the flat.

Efforts to get a comment from Mr Ndlovu proved fruitless as his mobile phone was continuously not reachable.

This is not the first time that either Tshabalala or Sizinda – two neighbouring suburbs – have been in the media with reports of gays or lesbians openly co-habiting. In 2010 a lesbian couple caused a stir in the suburb with one of them falling pregnant and claiming that her partner got her pregnant. A couple of years ago another lesbian couple emerged in Tshabalala living together, with children even formulating a song to jeer them. Sunday News

Dumisani Muleya not hiding from police

After homophobic jibes, Buttigieg says US has ‘moved on’