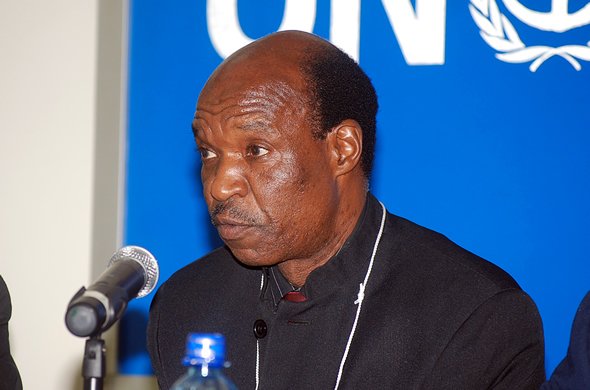 CHITUNGWIZA – This weekend’s round of internal confirmations and primaries in the MDC-T party produced interesting results, with a number of senior and two term parliamentarians being knocked out cold.

Stalwarts like Fidelis Mhashu, a former cabinet minister, and Misheck Shoko, the former Mayor of Chitungwiza, were among high profile casualties whose political careers are almost over. Both MPs failed to get enough votes to avoid going to the primaries.

Others big names who suffered huge setbacks include Science and Technology Minister and Budiriro MP Heneri Dzinotyiwei, and Kambuzuma legislator Willias Madzimure, who is the chairperson of African Parliamentarians Network against Corruption.

So far the exercise has been held in Harare, Bulawayo and Chitungwiza and 15 MPs were not confirmed. They have a chance to redeem themselves in the primaries, though chances for some are remote if you look at voting figures that emerged from the constituencies.

In St Mary’s, incumbent MP Marvellous Khumalo only managed to garner 30 votes, while 330 were against him. Political analyst Pedzisai Ruhanya told SW Radio Africa that Khumalo’s chances of making a comeback in the primary elections were almost zero.

‘If you are a sitting MP and you lose that dismally, it is as good as surrendering that seat. This was a clear message from the electorate that you are no longer fit to continue as their parliamentary representative,’ Ruhanya said, adding that the exercise has been held in a peaceful environment.

For each constituency there is a voters roll that was prepared by the party’s election directorate and the voters are using transparent boxes.

He stressed that no one should be protected but rather the field should be levelled to enable all interested candidates to contest and win on merit.

‘If the exercise is to continue like this countrywide, the winners at the end of the day will be the MDC, the leadership, contestants and the party activists.
The week long exercise continued in Matabeleland South on Monday and Tuesday the exercise will be in Mat South with the Midlands provinces on Wednesday and Thursday.

The Mashonaland provinces will have theirs from Thursday to Friday and the last province to have the elections will be Manicaland this coming weekend. SW Radio Africa