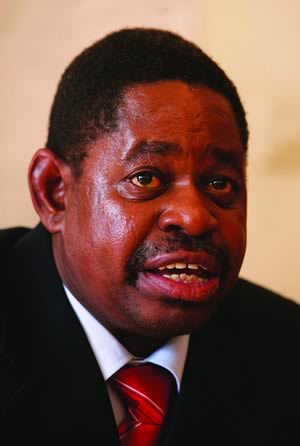 Recently, I was debating the recent referendum with COPAC co-chair, Paul Mangwana over the legitimacy of the yes vote.

His argument was that Zimbabweans did well by grabbing this opportunity presented them and voted in favour of the document as this process had taken a lot of time and money.

He went on to argue that there is no constitution that can best meet the term “people driven” citing that even the American constitution was written by less than five people and yet it is ranked as one of the best constitutions in the world.

Multipartism without a meaning: A prototype of Zimbabwean…

[email protected] – So far so worse

To him the fact that only a “handful’ of people were consulted during the scandalous outreach programme, made the constitution “very’ people driven.

While there might be a grain of truth in his argument I reminded him that the United States of America and Zimbabwe are totally different countries at different socio-economic and political developments, hence those countries are worlds apart in terms of governance to say the least and cannot be compared.

As far as Mangwana’s duty as a citizen is concerned, he thinks that his job was done because he claims that he delivered the constitution 33 years years after independence. He wrongfully thinks history will absolve him for delivering such a careless, selfish and disastrous constitution to the people of Zimbabwe.

I argued and told him that constitutions across the world are based on the country’s history hence the reason why the Lancaster Constitution was amended so many times like that because it fell short in addressing arising issues.

I later on jokingly concluded to him that if there was anywhere in the world where constitutions should not provide for an executive president, then it’s in Africa, the place where power is abused by incumbent presidents to unleash terror and mayhem against opponents.

The idiots of the 21st century are not those who oppose and question undemocratic decisions taken by politicians and labelled ‘nhinhi” at every turn, but those who cannot learn, unlearn and relearn from history.

They are those who herd people like cattle into unprincipled terrains where the grass will not be greener for the future generations of Zimbabwe. The question should be: is the next generation going to be proud of decisions that we make for them?

History in Africa has taught us that if too much power is given to one person, where he is the sole appointing authority of all key posts, then there will be untold suffering on all those who dare question or oppose him.

While this writer feels pity for the two MDC formations in the inclusive government and some malleable civic society organisations for choosing against better advice to support the COPAC draft amid widespread approval of the draft as an elitist document by the people of Zimbabwe and some civic organisations such as NCA, they had no clue what the consequences of their decisions meant.

For them no matter the contents of the draft, ‘progress’ and not the content was important as long as we do away with the Lancaster constitution. They actually were hoodwinked into believing that ZANU PF was sincere in calling for unity and peace and the need to “move” the country forward by voting “yes”, little did they know that they were wrong.

In the end ZANU PF managed to achieve what they had always wanted: writing a constitution that protects their interests. There is no name in the lexicon that can best describe such sell-out tendencies within the MDC’s and some CSO’s.

While some of us who we campaigning for a no vote were harangued and called all sorts of names and labelled retrogressive elements, events that began unfolding have led many people realise that the “yes vote was not about progress and moving the country forward but it was about settling a political score.

Before the ink on the ballot papers could even dry, a top human rights defender, Beatrice Mtetwa was arrested under unclear and malicious circumstances.

As if that was not enough, The Prime Minister of the Republic of Zimbabwe, the right honourable Morgan Richard Tsvangirai’s staff were arrested. More arrests followed. The Prime Minister even tried to get them released but to no avail.

What does it show to the people of Zimbabwe? He is the Prime Minister and hence should have influence on the police that is if at all he has any aorta of influence and power in government.

At one point I used to believe that Tsvangirai was the man who had felt the pulse of the people of Zimbabwe but when he endorsed such a draconian draft by whipping his supporters to support such a flawed document that creates an all powerful president I changed my mind.

He went on to tell green lies to the electorate that the COPAC draft will clip executive power. Where? How? I still wonder and I am still looking in this “foolish” draft where executive power is trimmed till today.

While many of his supporters see the world in binary terms i.e. MDC-T vs. ZANU PF, what they fail to understand however is that our politics transcend political parties. Whoever thought that the Nazi under Hitler would be exterminated from the face of German politics?

Back during those days, it seemed a herculean task to ever imagine a Germany without Hitler. Today if you go to Germany and dare mention Hitler’s name, you might find yourself dead or wounded because the people there don’t want to be reminded of such a dark phase in their history.

Coming back home we make our decisions without foresight of what the next 30 years of our beloved country hold by voting for a document where the president remains the sole appointing authority of literally everyone.

I thought that most civic society groups who have witnessed unparalleled attacks, imprisonment, killing and clampdown on their activities were going to at least question the issue of the attorney general who just like in the Lancaster Constitution is appointed by the president.

We have seen unwarranted arrests even after courts clear and order people to be released but still many continue to be detained. On this subject of attorney general there was surreal silence on who should appoint him from civic organisations.

The evil agenda of the attorney general’s office against civic organisations is conspicuous to any functioning mind.

For these CSOs this draft constitution that they voted “yes” for does not change or seek to address the issue of the attorney general who has been a thorn in their flesh for the all these years. Many sold out their principles just because they wrongfully think that the MDC-T is always right and should never be questioned and is never wrong.

They don’t realise that as far as their mandate as civic society that of being the watchdog of government is concerned, they lost the plot and will continue suffering huge, if not fatal setbacks in their pursuit of an “MDC –type” of a democratic society.

While this shoot-from-the-hip approach by civic society to endorse a fraudulent constitution against better advice on the basis that the MDCs had endorsed it, unfortunately when the history of Zimbabwe is written, it will not be kind to such sell out elements.

Otherwise the selling out by some civic society groups and the two MDC’s in the inclusive government is a story yet to be told and it shall be told in the same way as the sun shall rise tomorrow.

Rawlings Standgun Magede is a rural political enthusiast who writes from Nkayi, Matebeleland north province. He can be emailed on [email protected]

A typical comedy of errors on Zimbabwe

Multipartism without a meaning: A prototype of Zimbabwean democracy

[email protected] – So far so worse