A typical comedy of errors on Zimbabwe 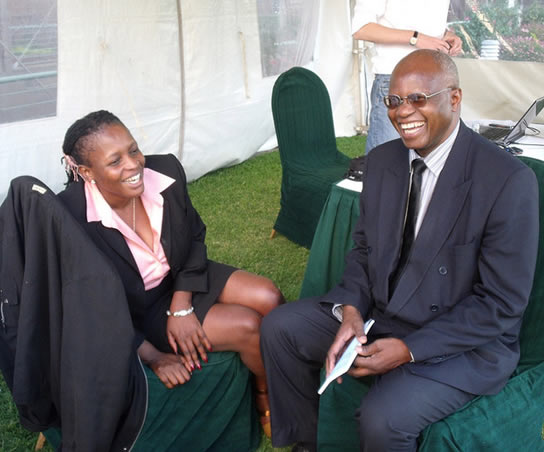 The developments on Zimbabwe are a typical comedy of errors.

On 25 March 2013, whilst the country’s top human rights lawyer Beatrice Mtetwa was literally walking from the ordeal of a week-long detention, the European Union was swapping a stick for a carrot against the very government that tormented her by removing all sanctions against the government.

On the face of it, particularly to someone who had no background on how and why the EU made this decision, they would think the decision was irrational. This article provides basic insight on current international developments on Zimbabwe and the rationale behind the developments.

The European Union on 25 March 2013 made a decision to suspend most of the sanctions imposed on Zimbabwe, under the Cotonou agreement, with the exception of the measures against President Mugabe and those very close to him.

Suspects in murder of CCC activist threaten to kill…

The sanctions decision comes in the wake of Zimbabwe’s constitutional referendum which was held on 16 March 2013. According to the international community, the referendum appears to have passed peacefully and credibly – although they pointed out some areas of longer-term concern.

The international community’s attention will now focus on the period during the build-up to elections, which are due any time between 29 July and 27 September. The current decision is a follow up to the previous roll over in July 2012, where a peaceful and credible referendum was agreed as a key benchmark upon which the EU would suspend the measures.

The March 25 decision did not include the President and those who are involved in planning and decision making and are in strategic control of the apparatus of violence.

We carried out a quick random survey on the EU decision and our informants have largely welcomed the EU decision but for different reasons. Some feel that sanctions had given the Zimbabwe government an excuse not to institute necessary reforms while some stated that sanctions fueled resident Mugabe’s rhetoric.

Ordinary Zimbabwe’s views are diffusive rather than formulaic. Others felt the sanctions caused the economic collapse while others feel that they should have remained since there have been little or no meaningful reforms.

Against the backdrop of the EU decision, the international group known as Friends of Zimbabwe are also currently meeting in London to discuss the international response to Zimbabwe’s constitutional referendum and preparations for its elections. This group also known as the fishmongers is an informal annual meeting of major international donors to Zimbabwe which attracts all major Western countries that have an interest on Zimbabwe.

Representatives from all three parties of Zimbabwe’s Inclusive Government (Elton Mangoma of MDC-T, Patrick Chinamasa of ZANU-PF and Priscilla Mishihairabwi-Mushonga of MDC-N) as well as SADC representatives are attending the meeting as part of discussions.

We have also been attending some of the meetings and will keep you up to date on any decisions made which are open for public sharing.