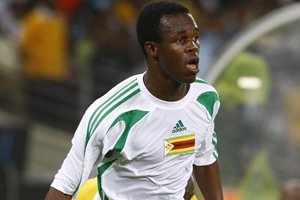 CAIRO – Zimbabwe’s hopes of qualifying for the 2014 World Cup all but ended as they fought to a brave 2-1 defeat to seven-time African soccer champions Egypt who maintained their perfect run in Group G.

Egypt who are battling to end a 24-year absence from the Fifa World Cup were left frustrated by a stubborn Zimbabwe who held their own to frustrate the hosts into a first half 0-0 draw. All this was to change in a drama filled second half.

In the 64th minute Hosni Abd-Rabou finally ended Zimbabwe’s resistance when his right-foot free kick sailed over the wall and into the net after striking the hand of Arubi, who was finally beaten after a heroic first half.

In the 75th minute Zimbabwe’s German based striker Knowledge Musona silenced the home crowd with a thunderous right-foot volley after holding off a challenge from central defender Mohamed Naguib to level the scores at 1-1.

Warriors go down fighting in Egypt

Malajila bounces back into Warriors squad

The game changing moment came in the 87th minute when Mohamed Salah broke clear only to be fouled by Augustine Mbara. The referee immediately pointed to the spot. Mohamed Abou-Treika then converted the spot kick.

Egypt vs ZimbabweZimbabwe vs Egypt

Warriors go down fighting in Egypt

Malajila bounces back into Warriors squad