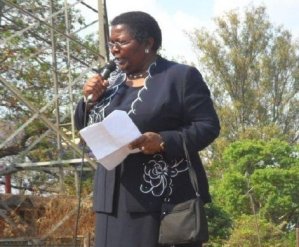 In an interview with The Herald Entertainment, Mai Chisamba — as she is affectionately known by her legion of fans — said she mooted the idea after watching popular shows like the Oprah Winfrey Show.

“I am promising a bigger and better show next year. We want testimonies of people who have real-life experiences. We want to invite those who have been raped, robbed or even murderers to give their accounts,” said Mai Chisamba.

Mai Chisamba said the culture of keeping quiet when was one is abused was over.

“We want people to speak of their life experiences, we have to do away with the culture of suffering quietly,” she said.

She, however, acknowledged that it would be difficult to get people speak about their life experiences.

Commenting on stories published in the privately owned media about her relationship with Archbishop Nolbert Kunonga, the veteran broadcaster said journalists should dig for accurate information before writing stories.

“I read an article that said I had a sexual relationship with Kunonga. The truth is Kunonga is my babamunini, I just think it’s a Christmas joke it will soon die a natural death, I am one of the people who advocate for fidelity in marriage,” she said.

She also refuted claims that she was once was part of the bridal team when Archbishop Kunonga celebrated his marriage anniversary in 2007.

“I was shocked when people said ndaiperekedza. I was only one of the people in attendance. This shows that we still have a long way to go in educating our people,” said Mai Chisamba.

Born 60 years ago, Mai Chisamba is a role model of how sheer determination can lead to much success. Although she started off her career as a teacher, she found her passion and moved to being a talk show host later on.

Despite her multiple roles as wife, mother of five and pursuing her career goals, she also managed to complete her Master of Arts degree with the Women’s University in Africa in 2010.