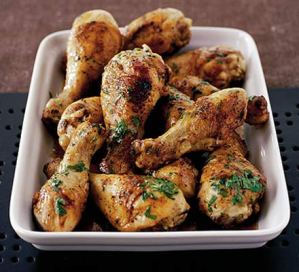 By Busani Ncube recently in Nkayi

A 24-year-old Nkayi woman learnt that eating the back, breast and drumsticks of a chicken is forbidden in local culture after getting a thor­ough hiding from her husband before being dragged to a village court.

Traditionally, the back, chest and thighs of a chicken are a preserve for men. The incident happened a week ago.

Nomusa Sibanda of David Maphetshwana area slaughtered a cock­erel for her hus­band, Jabulani Ncube (40). While dishing out the meal, she parcelled out the gizzard, wings and a drumstick to the husband. The follow­ing day, Ncube was served with sadza and dried green vegetables.

Rogue magistrate suspended for forcing staff to clean her…

Girl falls off tree, impaled by log and dies

This did not go down well with Ncube, who probed her on what had happened to the rest of the chicken, more specifically the back, breast and thigh. The wife confessed that she had eaten the chicken parts and all hell broke loose. Ncube assaulted her.

The frightened wife bolted out and spent the night at a neighbouring homestead. The following morning, Ncube went and reported the matter to Head­man Maphetshwana, where she was found “guilty” and fined a chicken.

Her grandmother, known as Gogo MaDawu, was also summoned before the village court where she was charged with dereliction of duty arising from her failure to teach her granddaughter “how to treat her husband and dish out meals” and was also fined a cockerel which was slaughtered for the village committee to eat.

In an interview after the village hear­ing, Nomusa was remorseless.

“For how long shall I slaughter chick­ens and not taste the back portion?” she said.

Ncube hinted that he will divorce Nomusa if she repeats the “act.”

Other villagers interviewed on the issue said it was taboo for a woman to eat a chicken’s breast and back portions in local culture and branded Nomusa as “uncultured and disrespect­ful”. Sunday Mail

Zimbabwe Speaks Out on Warriors Defeat

Girl falls off tree, impaled by log and dies