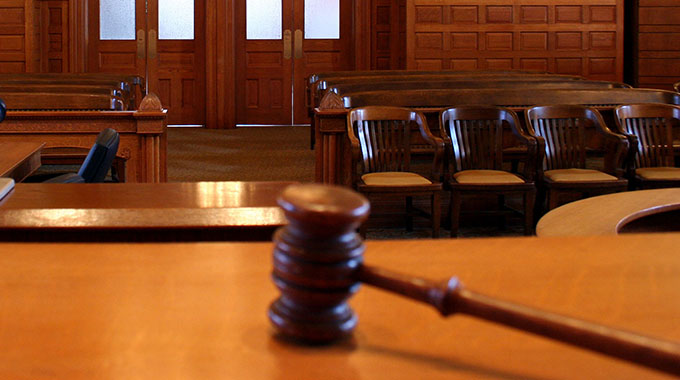 A seemingly rogue Nkayi magistrate has been suspended pending investigations into her professional conduct amid allegations that she made staff clean her mess in the toilet.

Before being appointed a magistrate last year, Oratile Nare was an assistant to a High Court judge.

She escaped being fired with a warning in another matter in which she was accused of sending a judge’s nudes to a WhatsApp group.

“The magistrate has been suspended to allow investigations into several complaints we have received over her conduct. There is an investigation in progress and we will advise of its findings at the appropriate time,” he said.

ED appoints tribunal to investigate judge who ruled against…

‘We have been working beyond call of duty’…

A source told the website: “The complaints are many and varied. She allegedly made staff flush her mess in a toilet reserved for the magistrate; she allegedly ordered suspects not to look at her and deliberately left her handbag at work before ordering staff to bring it to her.

“Relations with prosecutors were particularly frayed. She would tell them that she’s powerful because she caused a judge to be suspended.”

Meanwhile, a tribunal was set last year to investigate Justice Thompson Mabhikwa for “gross misconduct” after images said to be of his penis, and intimate chats with a woman, were sent to various WhatsApp groups from his phone.

But the judge accused Nare of sending the images to spite him, allegedly after she discovered that he was seeing other women.

She was working as an assistant to Justice Maxwell Takuva of the Bulawayo High Court, escaped with just a warning over the incident, and was later appointed a magistrate.

‘We have been working beyond call of duty’ – says…