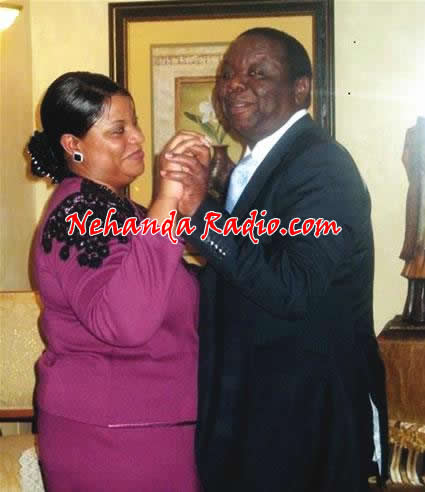 Prime Minister Morgan Tsvangirai has been sliding on political grease this week after former lover Locardia Karimatsenga Tembo approached the High Court twice in two days, first seeking US$15 000 a month in maintenance and then trying to stop his wedding to Elizabeth Macheka this coming Saturday.

Tsvangirai spokesman Luke Tamborinyoka believes there are “Two CIO operations: Operation Blackhawk and Operation Spiderweb financed to the tune of US$100 million dollars to cause maximum damage” to the PM. “Today it’s a lawsuit. Tomorrow, an application to stop the wedding,” he said.

If it’s true Zanu PF and its appendage Central Intelligence Organisation (CIO) are pouncing on Tsvangirai’s personal problems to extract political capital, it might be worth noting that the drivers of this agenda are not exactly political angels and its fair game to remind ourselves of their chequered past.

In February of 2004, President Robert Mugabe’s spokesman George Charamba bashed his wife Rudo in what her close friends claimed was an attempt to kill her. Details of the case were that Rudo confronted Charamba, accusing him of picking up prostitutes in the Avenues and infecting her with the HIV virus.

Charamba who has a black belt in karate, deployed those skills in battering her until she was unconscious. Rudo was taken to a local hospital, bleeding profusely. Her friends rushed to report the matter at Borrowdale Police Station and also kept her blood stained dress as evidence.

Although the police responded by arresting Charamba for the savage assault, Mugabe intervened, ordering police Commissioner Augustine Chihuri to ensure the case was dropped. The case file at Borrowdale Police station went missing and the official line put out was that Rudo had dropped the charges.

Local Government Minister Ignatius Chombo was embroiled in a messy divorce with his wife of 26 years, Marian Mhloyi. Not only did the case expose his massive property portfolio published as a result of the case, but his affair with former ZBC news anchor Nanette Silukhuni was blown into the open.

Marian Mhloyi not only sought to divorce the bed-hopping love rat Minister but she also filed a Z$2 billion dollar lawsuit against his mistress (Silukhuni) who was branded “a classy man eater who has lived all her life pursuing rich men.”

Silikhuni had previous flings with the late businessman Rodger Boka who once bought her a Mazda 626 Executive car when she was at the Harare Polytechnic. She also dated then Natbrew MD Myethi Mpofu, leading to a heated clash with fellow journalist Lydia Mavengere who was involved with Mpofu at the time.

The Zanu PF governor for Bulawayo, Cain Mathema hit the headlines after being extremely offensive to his wife about her private parts, saying he wanted to marry a virgin to satisfy his ravenous sexual appetite. The Governor at the time was reported to be having an affair with ZBC reporter Jocelyn Muguya.

Mathema’s wife sought to divorce him, arguing in court that she had had enough of the abuse. She said Mathema was an alcoholic and was very abusive every time he arrived home drunk. She said the abuse also took place in front of the children. The case exposed Mathema as a sex mad alcoholic.

Vice President John Nkomo was in the news in August 2009 when a 31 year old Bulawayo man Mncedisi Twala, sensationally claimed that the then ZANU PF National Chairman molested him in April 2002. After fleeing to South Africa Twala says he came back and filed a police complaint in July 2009.

The police however refused to investigate his complaint until they called him to supply more information. He was arrested, allegedly for making a false report, and spent 6 days in custody. Twala also claims attempts were made at Luveve Police station in Bulawayo to inject him with a mysterious substance.

Twala was taking photographs at Centenary Park in Bulawayo where he says he met Nkomo, then Home Affairs Minister. Nkomo invited Twala to his room at the Rainbow Hotel, promising him a job. Twala claims the Minister then tried to kiss him while pressing his body against his and dancing to country music.

Twala claimed Nkomo’s bodyguards threatened him with death if he reported what happened. He was then given an envelope containing Z$2,000, with a note marked ‘Service Fees’.

In his defence Nkomo claimed the whole case was manufactured to undermine his chances of becoming Vice President, following the death of Joseph Msika in August 2009. Nkomo’s supporters even accused Twala of being used by Zanu PF governor Cain Mathema and Mines Minister Obert Mpofu.

Join me tomorrow (Tuesday) for Part 2 of this series in the countdown to Prime Minister Morgan Tsvangirai’s wedding on Saturday. The last installment will be Part 5 on Friday.