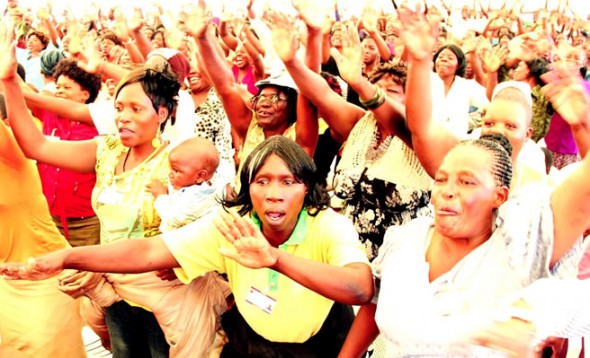 MDC ‘abandoned the work in the streets’

First, I must state categorically here that the results of both the Freedom House survey and the Afrobarometer survey are authentic and highly credible.

MPOI is a serious outfit that has undertaken numerous surveys on various issues of national governance in this country. It is entirely non-partisan and does not hold a brief for any political grouping in this or any other country.

The results of the two surveys in question must therefore be taken seriously.

It must be borne in mind that the surveys were conducted during the period of the inclusive government, when it is rather dangerous for people to be frank and open about their political preferences, especially in terms of their support for either Zanu (PF) or the MDC.

This clearly explains why there was such a huge percentage (47%) of respondents who would not disclose their political preferences to the researchers in the Freedom House survey, and some 22% in the Afrobarometer survey.

It is quite obvious that a huge chunk of both these percentages is likely to support the MDC rather than Zanu (PF) come next elections.

Zanu (PF) will be fooling itself to think that the people of this country have suddenly had a change of heart regarding their rejection of Mugabe and his party as reflected in the March 2008 harmonised elections.

It would equally be foolhardy for the MDC to assume that both these percentages are necessarily going to vote for them and their leader, Morgan Tsvangirai. But there is a sense in which the MDC has brought this situation upon itself.

The inauguration of the inclusive government resulted in the MDC pushing the majority of its key personnel and strategic drivers of the party into the coalition government. This essentially left the party virtually naked and vulnerable to lethargy and stagnation.

Add to that the fact that the former liberation movement also controls and abuses the state media to its advantage 24/7. The MDC will be lucky to get any sensible mention in any of the numerous political reports churned by the state media on a daily if not hourly basis.

These survey results do come at an appropriate time for the MDC since they constitute a wakeup call to get back into action by way of campaigning for change and democracy.

There is still plenty of time to vigorously engage the people not to forget what they have endured under Mugabe and Zanu (PF) for the past 33 years. The MDC must never assume that its demonstrated popularity is a given, or that it cannot change over time.

The party has to work closely with the people on a regular basis if the results of the next survey are to reflect the honest truth about the political situation in this country.