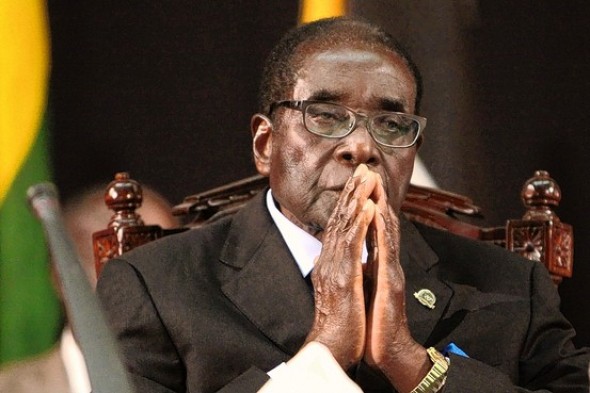 World leaders and heads of state are always in the public eye. We watch them on TV and see their photos in newspapers and magazines.

But when New Yorker staff photographer Platon Antoniou — who uses just his first name professionally — embarked on a journey to capture images of world leaders, he wanted to discover the personalities behind the public faces. He also wanted to explore power.

When world leaders came to the United Nations for the General Assembly in September 2009, Platon felt it was the right moment to complete his project. He set up a studio on the floor of the General Assembly. His goal was to show each of these politicians up close, in a very personal way.

“Nick Clegg, deputy prime minister of England in the new British coalition government, he’s in the book. I said to him, ‘I want you to think of something that has nothing to do with business or politics, something that’s deeply human.’ And the most beautiful look came over his face,” Platon says.

UN warns of Chinese companies violating rights of workers in…

“At the end of the photo shoot, he said to me, ‘Do you know what I was thinking about when you took that picture? I was imagining rubbing my baby’s foot.’”

Sometimes, the moments are unsettling, such as when photographing Robert Mugabe of Zimbabwe.

“Very chilling. He didn’t say much. He was dressed perfectly in a very gentlemanly suit. His entourage was very suspicious, eyes were moving around their surroundings all the time,” Platon recalls.

“He had the strangest skin. It looked like it was really oily but it was actually very dry, but stretched so finely over his flesh. His eyes were just deep crystal irises of cyan blue. I remember he walked away after his sitting and another head of state came to sit for me and refused to sit on the same chair. So I said, ‘What’s wrong with this chair?’ He said, ‘I’m not sitting in this chair, there is blood on it.”

“I see this giant crowd marching towards me and, in the middle, is Gaddafi marching in a slow motion movement,” Platon says.

“And he had all this incredible regalia, all these robes, and his hat that tamed his wild black hair. And he was surrounded by female bodyguards dressed head to foot in dark green military clothing. It was a scene from a James Bond movie.”

Also featured in Portraits of Power are President Mahmoud Ahmadinejad of Iran and President Hugo Chavez of Venezuela.

“I got eight seconds with Chavez. It was the shortest photo session of my life. And although he gave me such a little time, he gave me so much in terms of his personality and his spirit. I do believe I captured his power as a human being, not just political power.”

In Platon’s book, Israeli Prime Minister Benjamin Netanyahu and Palestinian President Mahmoud Abbas face each other on opposite pages.

“Netanyahu approached me and he’s a very confident person. You feel a force of energy from him. He has very big charisma. He grabbed my hand and shook it strongly and he put his other hand on my shoulder and he said, ‘Platon make me look good.’ So it became a running joke between us. The irony is that I think he does look good in the picture. You can see in his eyes that he’s actually talking to you saying, ‘I will look good in this picture. I will look good,” Platon says.

“Abbas was very different. He seemed more fragile as if he was feeling the world on his shoulders. He seemed very humble and he seemed a very dignified person.”

Platon tried to capture the essence of his subjects at a given moment. Leaders who have just risen to power, he notes, have a different feeling and look than what you see after they’ve been in office longer.

“Obama, for instance, it’s not the obvious charismatic Obama that we all fell in love with during the campaign. It’s the thinking Obama, the philosophical Obama.”

Among the more than 100 heads of state Platon photographed for his book, only four are women.

“The women I photographed seemed to be more comfortable in their seat perhaps because the battle is harder to the top and they have a better sense of humility and dignity.”

Platon’s quest to explore power continues, with a twist.

“I think it’s time for me to turn my lens onto the people who have been robbed of power, people who have shown great courage in the face of oppression, people like Aung San Su Kyi, who I recently photographed and got her on the cover of Time magazine,” he says.

“I just got back from photographing all the leaders of the Egyptian revolution: humble kids, from 22-year-olds who were torture victims, to parents who — with their kids — were in Tahrir square, to old ladies whose sons were taken and killed by the secret police.

These are all everyday people who are so brave and who are actually really changing the world around us.”

Platon considers his book a sort of yearbook of those who are now running our world, and he offers it up to readers for their evaluation. — Voice of America

We are tired of this political posturing