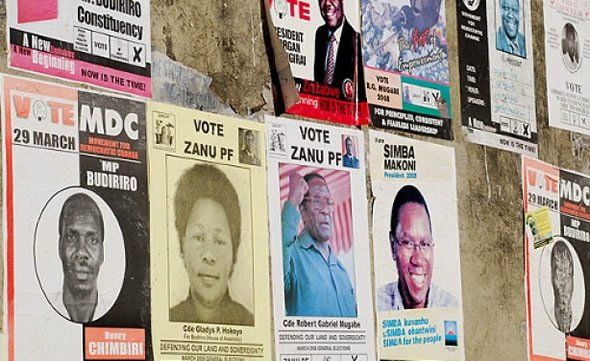 Zimbabwe set for elections in March 2013

Joint parliamentary and presidential elections in Zimbabwe will now be held at the end of March 2013, according to a High Court appeal launched by President Robert Mugabe who wants a delay in the holding of three by-elections.

Three MPs expelled in 2009 from the smaller MDC formation led by Welshman Ncube took their case to court, arguing they should be allowed to stand as independent candidates in order to win their parliamentary seats back.

Standing in their way was an agreement by all the three major parties in the coalition government that they would not contest each other in the event of vacancies arising. The court however ordered Mugabe to call for by-elections.

The appeal filed by Justice Minister Patrick Chinamasa argues that “due to the unavailability of financial resources” the holding of by-elections must be delayed so that they can be incorporated into a March 2013 general election.

In addition to the three vacant seats there are (according to Chinamasa), a total of 28 parliamentary seats and 164 local authority seats which are vacant. Although there are a reported 38 vacancies, not all require by-elections.

Chinamasa said “President Mugabe’s desire is to hold the harmonised elections in the last week of March, 2013, and a proclamation to this effect will be made at the appropriate time.”

“I need to inform this honourable court that if we factor in the holding of by-elections, there would be three key events to take place and to be funded by government within the duration of six months,” he said.

Chinamasa was making reference to the referendum, the by-elections and the harmonised general elections. A delay in the constitution making exercise has all but now ensured elections will now be held without any reforms taking root.

Whether President Mugabe alone can decide the election dates remains to be seen. Prime Minister Morgan Tsvangirai has in the past insisted that such a decision will have to be arrived at in consultation with the coalition partners.