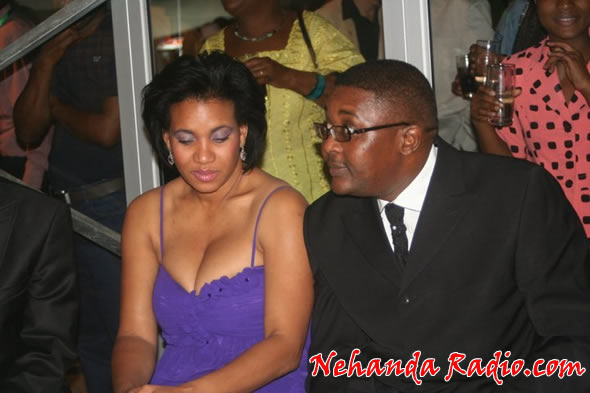 COMPTROLLER and Auditor-General Mildred Chiri has ordered an investigation into the procurement procedures by the Ministry of Tourism of Liquid Electronic Display (LED) television sets from China which were supposed to be installed at fan parks during the 2010 World Cup but only arrived three months after the tournament.

This comes as Tourism minister Walter Mzembi is under the spotlight for his involvement in the loss-making and controversial Benjani Mwaruwari testimonial match two weeks ago.

Mzembi was also embroiled in controversy following the Warriors friendly against Brazil in the run-up to the 2010 World Cup finals in South Africa. Allegations were that he had used his position to secure a contract to ferry the Brazilian national team during its visit.

These issues have put Mzembi under scrutiny amid fears he is using his position to pursue personal interests.

In her 2010 audit report, Chiri said an investigation should be carried out to establish why tender procedures were followed or not and why the Ministry of Tourism allowed the delivery of the equipment worth US$2 million 13 weeks after the World Cup.

In April 2010 Mzembi’s ministry made arrangements to purchase 40 LED TV units from a company in China as part of preparations for the World Cup, but the sets were only delivered 13 weeks after the event.

Chiri said: “Since the units were received after the end of the World Cup, it is my opinion that the purpose for which the units were acquired was not met, thereby rendering the expenditure incurred nugatory”.

She added that the absence of documentation for audit examination concerning the fan park equipment loaned to the Zimbabwe Tourism Authority and also the loaning of state equipment was tantamount to misapplication of public assets.

“At the time of audit on May 29  2011, generators powering the fan park equipment were said to be at Manyame Air Force base where they were sent for safe keeping. The balance, comprising 10 generators, was loaned to the Zimbabwe Tourism Authority as complete sets, while one generator was said to be in use at Murombedzi Growth Point, where fan park equipment was installed,” Chiri said.

“An investigation should be carried out to establish why tender procedures were not followed and why the ministry allowed the delivery of the equipment at the end of the World Cup showcase where it was supposed to have been used.”

Without explaining why the TV units were delivered late, Mzembi dismissed Chiri’s report as a “petty issue”, saying the televisions could be accounted for, but have since been “donated” countrywide.

Besides the televisions and Brazilian match controversies, sources close to the Mwaruwari testimonial match fiasco say President Robert Mugabe grilled Mzembi for almost 45 minutes, demanding explanation why the Tourism Ministry got involved in a football match project which should fall under Zifa and the Ministry of Education, Sports and Culture (David Coltart’s jurisdiction).

Sources said senior football administrators, including Ndumiso Gumede, only agreed to be part of the proceedings after a phone call from Zifa President Cuthbert Dube who was in Brussels on Fifa business.

Zifa, which did not want to be part of the event if those implicated in Asiagate like Henrietta Rushwaya were involved, is still fighting Mwaruwari over contract obligations and money. It is feared Mwaruwari’s testimonial match proceeds were looted by shadowy characters who were involved.

Mzembi, however, said his meeting with Mugabe was “cordial” and he had explained to him how the testimonial match had been suggested to him by Mwaruwari and its benefits to tourism through hotel revenue and related expenditure from fans coming from outside Harare and the region.

He also said there was no acrimony between himself, Zifa and the Ministry of Education as demonstrated by Gumede’s presence at the match, which was nothing more than a “glorified social soccer game” that did not have to be under the jurisdiction of Zifa.

Gumede and other senior football officials were not impressed by how politicians and opportunistic characters got involved. Zimbabwe Independent