Zanu PF afraid of the power of new media 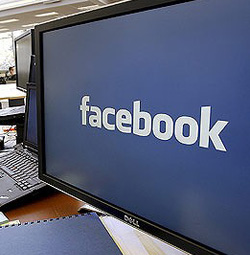 Media reforms in Zimbabwe have been a key issue as they are one of the demands made by civil society organisations in Zimbabwe ahead of the holding of free and fair elections in the country.

However, ZANU PF, because of its serious phobia for change and the growing realisation that the media is an agenda setter, has shown remained steadfast in adamant to media reforms.

In light of this, Zimbabweans have sought alternate means of communication to enable them to reach out and have their voices heard resulting in the rise of the new media.

Social sites have now become the new source of accurate and up to date news despite the setback, in 2011, when ZANU PF showed its fear of new media by arresting Vikas Mavhudzi for posting a comment on Facebook in reference to how the Egyptian revolution has ignited fear in dictators worldwide.

Facebook is currently the most accessed site by Zimbabweans, with over 900 000 users reported in October 2011. However, out of fear of the rising power of the new media, ZANU PF has used both human and financial resources to increase cyber- policing.

On 25 January 25 2011, the world for the first time witnessed a revolution that leveraged the power of social networking tools in the Egypt. One facebook page, “We are all Khalid Saed” attracted 80 000 participants posting logistics on the mass demonstration.

To ZANU PF’s detriment, the Egyptian revolution is indeed a case to follow as it has given rise to citizen journalism which is now internationally recognised as a credible news source.

Zimbabweans can also take the same initiative to organise peaceful demonstrations that call on Mugabe to loosen his grip on the country and thus put an end to violence and other human rights violations that plague the people.

Twitter, with its ability to send instant message blasts that can easily reach millions, can be of great use to Zimbabweans whose freedom of assembly has been compromised by the repressive Public Order and Security Act (POSA).

In Egypt, even the shutdown of internet could not stop the revolution as people still thronged the streets and sent out text messages to encourage more people to join the demonstrations.

As the talk of elections intensifies, Zimbabweans need to make use of every available platform to reach out to the world and report what is happening around them. They need to popularise peace initiatives and to mobilise themselves for action in the event that another post 29 March 2008 scenario where the Mugabe regime reversed the will of the people emerges.

It is a fact that the traditional means of news coverage particularly the public media have been plagued by ZANU PF’s political self-interest and propaganda making them shamefully unreliable and therefore ignored by Zimbabweans and the international community.

The public media have also ceased being the people’s media, becoming a ZANU PF propaganda factory. The Movement for Democratic Change (MDC), after being denied access to the public media set up twitter and facebook accounts to reach out to its supporters.

Zanu Pf’s fear emanates from the fact that Zimbabweans, through the social media, have developed a voice to speak against oppression and to demand their rights. The world wide web is difficult to control and to regulate.

In addition to internet technology, great strides have been taken in mobile phone technology over the years with the Post and Telecommunications Regulatory Authority (POTRAZ) reporting over 9,037 million active mobile lines in Zimbabwe at the end of 2011, the power of a single txt message cannot be disputed. Crisis in Zimbabwe Coalition