Interview: Why General Nyikayaramba must go 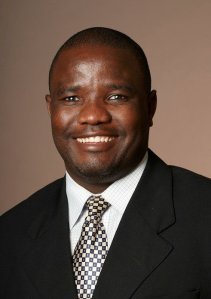 Political commentator Pedzisai Ruhanya joins SW Radio Africa journalist Lance Guma Behind the Headlines to explain why the country should be worried by the recent promotion of 3 Infantry Brigade Commander, Brigadier-General Douglas Nyikayaramba. Ruhanya says the general has been implicated in rhino poaching, partisan food distribution, election rigging and even the murder of an army captain.

Lance Guma: Good evening Zimbabwe and thank you for joining me on another edition of Behind the Headlines. My name is Lance Guma. Tonight we look at the controversial promotion of Brigadier-General Douglas Nyikayaramba who last week, Mugabe promoted to Major General. Now to analyse the implications of this for the elections ahead, I am joined by political analyst Pedzisai Ruhanya.

Thank you for joining us.

Guma: Okay so Nyikayaramba is now Major General, he’s now stationed at the Zimbabwe Defence Forces Headquarters and will be Chief of Staff, Quartermaster we are told. Should we be worried?

Ruhanya: Yah of course, it is an early warning system for the democratic actors in Zimbabwe and part of the international community, particularly the region that is interested in the resolution of the Zimbabwean political and electoral dispute.

So Zanu PF is in the gear now for an electoral onslaught, a political onslaught against the democratic actors, particularly the Movement for Democratic Change.

Guma: The one obvious thing Pedzi from all is that we have a coalition government in power allegedly and yet Mugabe is making this decision unilaterally.

Ruhanya: Yah I think we ought to be clear here, I think in terms of the law, that is the role of the Commander in Chief and we don’t have three Commanders in Chief in the coalition government. We have a single Commander in Chief who is the president and he does that in consultation with the Defence Minister, Emmerson Mnangagwa.

Nyikayaramba has been involved in what I call Zimbabwe’s three elections, and these three elections are the 2002, 2005 and 2008 elections in which Nyikayaramba played a critical unlawful role in the conduct of elections and given that history, given that standing, that man is not worth to be a soldier, he is not worth to be in the National Army, he is worth to be a vigilante militia for Zanu PF. He must be part of the Border Gezi youth militia and nothing to do with National Army of a republic.

Guma: In 2002, Nyikayaramba claimed that he had resigned from the army.

Ruhanya: But you can see by the appointment that he never resigned. For some of us, we knew he never resigned. In 2002 he became the chief executive officer of the then Electoral Supervisory Commission and he ran the election, the controversial victory of Mugabe in 2002 against Tsvangirai.

I can give you a simple example which anyone, including Nyikayaramba, including those in the army and our pathetic friends in the MDC, one Major Utloile Silaigwana he is with the Army Education Corps.

So the whole ZEC itself is a product of Nyikayaramba, full of soldiers, full of partisan elements, full of militias, full of the CIO and that ZEC secretariat cannot deliver a democratic electoral outcome which reflects the sovereign will of the Zimbabwean people.

That is the role of Nyikayaramba, he has become a albetross to the political development of our country, the democratic political transition in Zimbabwe.

When he was appointed the statements that we saw from the MDC are pathetic, naïve, empty and not suitable for a political party which has the majority of support, for a political party that was stopped from assuming the leadership of the state by the same very people who Mugabe is appointing in broad daylight and they want to normalize the abnormality.

Guma: Well what sort of statements should the MDC be issuing Pedzi?

Ruhanya: It is not a question of statements, statements should be left to us, people who are not in the, MDC is part of a government. They are part of the government. We have a prime minister, we have a Home Affairs minister, we have a Finance minister. They must confront Zanu PF and make sure that that appointment remains a vigilante appointment.

Let me ask you a question Mr Guma, where in this world or in the region have you seen a serving soldier being a chief executive officer of an Election Commission? Take South Africa, take Mozambique, take Botswana, take Namibia but in Zimbabwe it is allowed to happen and people think that business should be as usual.

Guma: Okay, let’s look at Nyikayaramba’s deployment here as chief of staff at the Army HQ. What’s the significance of that?

Ruhanya: Ha, it’s clear he’s going to continue doing his illegal activities. Violating the Zimbabwe Defence Act, violating the constitution of Zimbabwe, violating fundamental civil and political liberties of our country, contrary to the provisions of the law, both the domestic and international law.

What he is going to do is to deploy soldiers in villages, deploy soldiers in towns, work hand in glove with his soldiers that are in ZEC to manipulate and to steal the vote which we know that there is no way in this day and age in 2012, in 2013 and for some time that Zanu PF can win an election in this country.

That’s why Mugabe is appointing Nyikayaramba to organize the violence or the coercive apparatus of the state and make sure that Mugabe retains the presidency. But, let me give a warning to, not a warning but let me say something to Nyikayaramba – he can be violent, he can kill, he can manipulate but if the people on the ground, the majority of our people, the social base says enough is enough, violence on its own will not install legitimacy on Mugabe, will not install legitimacy on the regime its days are simply numbered.

What needs to be done is to have an honourable exit for the ailing and geriatric leadership of Mugabe. Full stop. That is what is needed.

Guma: Outside pressure from the two MDCs and the other political parties in the country, do you see a regional grouping like SADC being able to do anything about this militarization of state institutions in Zimbabwe?

Ruhanya: God helps those who help themselves. Let us not lie to each other and lie to Zimbabweans who listen. If this country called Zimbabwe, the land between the Zambezi and the Limpopo is going to liberate itself from the criminal activities, the criminal misconduct of Nyikayaramba and kick out the cabal running the affairs of Zimbabwe, the people of Zimbabwe must organize themselves.

Let me give you an example. SADC came in, in 2008 to facilitate the signing of the GPA because of the electoral victories of the people of Zimbabwe from Tsholotsho to Tamandayi. For instance, right now as I speak to you, Zanu PF does not have a single mayor in all the country’s municipalities and we must celebrate these victories, we must give a thumbs up to the people of our country for making that decision.

When Zanu PF lost its majority in parliament for the first time since Independence, when Zanu PF lost the Speaker of Parliament for the first time since Independence. Once we make that decision and Nyikayaramba and the other cabal come in and say you cannot run the country, then Sadc has no option. They will not debate, they will simply say pack your bags.

Guma: Well Zimbabwe that’s brings us to an end to Behind the Headlines. I was joined there by political analyst Pedzisai Ruhanya, analyzing the controversial promotion of Brigadier General Douglas Nyikayaramba.

He is now a Major General and he moves from his base in the Manicaland province to the Zimbabwe Defence Forces Headquarters where he will be Chief of Staff. Mr Ruhanya thank you so much for joining us.

To listen to the programme:

SW Radio Africa – on line 24 hours a day at www.swradioafrica.com and daily broadcasts on 4880 kHz in the 60m band between 7 – 9 pm Zimbabwe time. Twitter : Facebook : RSS feed You can now get SW Radio Africa on the Tunein Radio smart phone app.