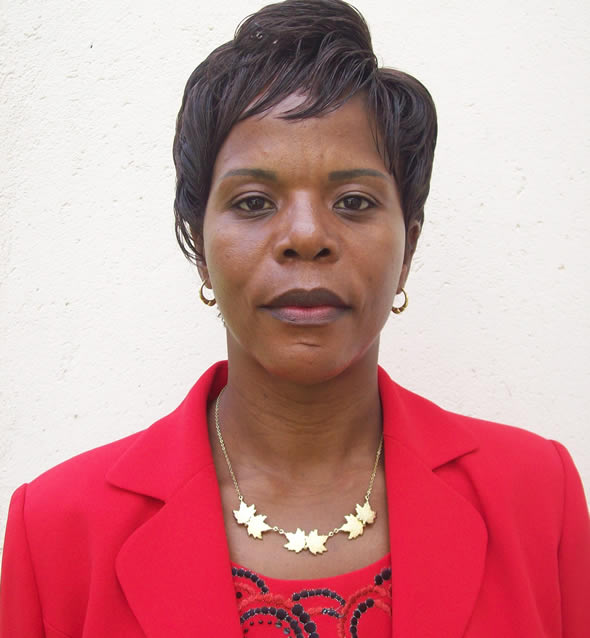 GOROMONZI- The woman who nearly became Prime Minister Morgan Tsvangirai’s sister-in-law is today exposed by SW Radio Africa as having led a violent militia, who terrorized MDC-T supporters ahead of the presidential run-off in June 2008. It’s also alleged she instigated the abduction of former TV presenter Jestina Mukoko.

Biata Beatrice Nyamupinga, the ZANU PF MP for Goromonzi West, is sister to Locadia Karimatsenga Tembo, the Harare businesswoman at the centre of a media storm over whether the PM had married her or not. SW Radio Africa has in its possession a dossier detailing abuses committed by Nyamupinga’s militia and how she has cracked down on any perceived opposition voices in her area.

In November 2008 Nyamupinga is reported to have left a workshop fuming with anger that Jestina Mukoko, the director of the Zimbabwe Peace Project, had given a presentation citing Goromonzi West as having gone through a wave of severe political violence that year. She warned Mukoko that she would pay for it and a few days later the former TV presenter was abducted from her Norton home by state security agents.

SW Radio Africa understands a car similar to Nyamupinga’s Mazda 626 vehicle was seen at the scene of Mukoko’s abduction. Our dossier says: “Many victims have reported being assaulted by the army, based at Domboshava barracks in her constituency, reportedly at the instigation of the MP.”

During this period Nyamupinga was campaigning for Mugabe in the presidential run-off. Although Tsvangirai won the March poll, he withdrew from the run-off citing violence and the murder of his supporters. As the MP for the area Nyamupinga moved around the Domboshava and Chinhamhora communal areas, accompanied by a troop of ZANU PF militia and suspected state security agents.

“This team was always seen driving in two Mitsubishi trucks, followed by Nyamupinga’s car, a Mazda 626 cream in colour. This group hunted and terrorized MDC-T supporters in the Goromonzi West constituency,” witnesses said. SW Radio Africa has also been supplied with a list of people who fell victim to the abuses committed by her militia.

On the 29th of May 2008 Ben Mbidzo, an MDC-T activist in Goromonzi West, was abducted from his home by the ZANU PF militia led by the MP. “They heavily assaulted him first, destroyed his homestead, took away his household property and subjected his wife and children to another thorough beating that lasted for hours.”

Mbidzo was then taken to the torture base at Chogugudza Primary School for another round of beatings. He was released after the 27th June elections.

In the evening of 11th June 2008 Nyamupinga’s militia, disguised as a campaign team, abducted Ishumael Chitunhu who owned a small retail shop at Chinhamhora Growth Point. These militia were led by Tendayi Maruta and used a car provided by Nyamupinga.

Chitunhu was severely assaulted at his shop before being taken to Chogugudza Primary School base. He was tortured and transferred to another base in Bindura. It was in Bindura that he later managed to escape and flee to Mozambique, where he sought refuge until October 2008.

Another victim was Violet Mubauka, who was attacked at her home on the 17th June 2008 by the same gang. They accused her of supporting the MDC-T before assaulting her on the buttocks. Although she sustained severe injuries she was warned not to seek any medical help or she would be killed.

On the 19th June Nyamupinga and her convoy of three vehicles went to Pote Primary School in her constituency. Led by Peter Maruta the youths in her group looked for and apprehended Tito Munyanyi. They assaulted him in the presence of the MP and she made no attempt to stop them.

Munyanyi was then taken to the militia base at Chogugudza Primary School where he was further tortured. It was only when they asked him to collect his MDC-T regalia and bring it back to the base that Munyanyi picked his chance and fled to Harare.

On the 28th June the same mob, using Nyamupinga’s car, descended on the home of Peter Chamhumha in the Domboshava area. Fortunately Chamhumha was told in advance that the militia was looking for him and managed to leave before their arrival. This incensed the ZANU PF gang and they destroyed his entire homestead.

On the same day the Headman of Chiringa Village, Elias Chiringa, was assaulted by Nyamupinga’s gang during a meeting the MP was addressing. One of her youths, Reuben Zulu, pointed to Chiringa and accused him of being an MDC-T activist. Chiringa was assaulted while everyone at the meeting watched, including the MP.

Although Chiringa pleaded with the MP to stop the gang from beating him, Nyamupinga told him it was his fault and he must go through the ‘cleansing’ process. Efforts by SW Radio Africa on Thursday to get comment from Nyamupinga were fruitless.