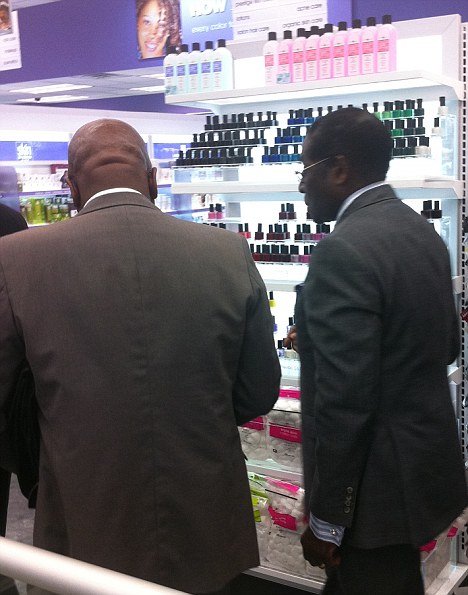 In 1995 Robert Mugabe hit the headlines when he said gay people “behave worse than dogs and pigs”. That same year he used a speech during a national holiday to proclaim: “If you see people parading themselves as lesbians and gays, arrest them and hand them over to the police.”

Prime Minister Morgan Tsvangirai predictably provoked a backlash from Mugabe’s regime when he suggested that gay people had human rights, and should be protected in a new constitution. Those remarks triggered a vicious campaign by the state media, with war vets leader Jabulani Sibanda even calling for Tsvangirai to be ‘stoned to death’ because he spoke out in defence of gay rights.

But ZANU PF is extremely hypocritical in its approach to homosexuality and SW Radio Africa can report that many officials inside Mugabe’s government have been accused of engaging in the same lifestyle. The country’s first ceremonial President after independence, Canaan Banana, is the most prominent example.

“He died nowhere near a radiotherapy machine”-…

Banana was arrested in 1997 on charges of sodomy following revelations made in the murder trial of former bodyguard, Jefta Dube. It came out in the trial that Banana’s preferred method of seduction was to dance to Dolly Parton records, while wearing a belt of bullets across his chest.

The trial exposed how Banana coerced (often against their will) numerous men in his service as President, ranging from domestic staff to security guards, into accepting sexual advances. He even targeted members of some of the sports teams for whom he had acted as referee during matches. Banana was found guilty of eleven charges of sodomy, attempted sodomy and indecent assault in 1998.

Although Banana fled to South Africa while still on bail he eventually returned to Zimbabwe in December 1998 after being convinced by the then South African President Nelson Mandela to go back and face the ruling. Banana was sentenced to ten years in jail, nine years suspended. In November 2003, Banana died of cancer.

In August 2009, a 31 year old Bulawayo man Mncedisi Twala, sensationally claimed that the then ZANU PF National Chairman and now Vice President, John Nkomo, molested him in April 2002. After fleeing to South Africa Twala says he came back after the formation of the unity government and filed a police complaint in July 2009.

The police however refused to investigate his complaint until they called him to supply more information. He was arrested, allegedly for making a false report, and spent 6 days in custody. Twala also claims attempts were made at Luveve Police station in Bulawayo to inject him with a mysterious substance.

Details of the case are that in 2002 Twala was taking photographs at Centenary Park in Bulawayo where he says he met Nkomo, who was then Home Affairs Minister, who invited Twala to his room at the Rainbow Hotel, promising him a job. Twala claims the Minister then tried to kiss him while pressing his body against his and dancing to country music (Dolly Parton?)

More sordid activities were to take place that we cannot publish. Twala says at the end of it all Nkomo’s bodyguards threatened him with death if he reported what happened. He was then given an envelope containing Z$2,000, with a note marked ‘Service Fees’.

When the story came out Nkomo claimed a dirty game was being played to undermine him as the front runner for the post of Vice President, as Joseph Msika had passed away.

Nkomo’s supporters even accused Twala of being used by ZANU PF governor Cain Mathema and Mines Minister Obert Mpofu to undermine him. Twala in his defence says he approached the South African Human Rights Commission in 2003 and reported the matter, but they told him to seek help from the MDC offices in South Africa. He said during that time Nkomo was not being linked to the Vice Presidency.

People commenting on the story even pointed to the striking similarities between the testimonies of the late Jefta Dube, who was sodomized by Banana. Dube, just like Twala, says Banana played country music and wanted to dance with his victims.

Former Foreign Affairs Minister Stan Mudenge, who is now the Higher Education Minister, has in the past also faced accusations of gay liaisons. It was reported that the notorious Central Intelligence Organisation (CIO) launched a manhunt for gay rights activist Dumisani Dube after he made a stunning disclosure that he had a love affair with the cabinet minister.

Dube also claimed Mudenge infected him with the deadly HIV virus several years ago. Dube, described in reports as a former member of the Gays and Lesbians of Zimbabwe (GALZ), even threatened to expose the names of six well known cabinet ministers, priests and several ZANU PF bigwigs he claimed were gay and had solicited sex from his friends and other GALZ members.

Former Information Minister Jonathan Moyo was also sucked into a huge scandal involving the former Director General of the Zimbabwe Broadcasting Corporation (ZBC), Alum Mpofu. Moyo recruited Mpofu into the position but the ZBC boss left in a huff after it was alleged he was having an affair with Moyo himself.

It was reported that the resignation, which cited ‘personal reasons’, was submitted to stop an inquiry after Mpofu was caught in a homosexual act in a Harare night club owned by a ZANU PF MP. It is further alleged that Moyo’s affair with Mpofu started in 1999 when the ZANU PF propaganda chief was at the University of Witwatersrand in South Africa.

Several male journalists who worked for the state media during Moyo’s reign also alleged that they had to resist his sexual advances.

In August this year Robert Mukondiwa, the assistant editor of the state owned H-Metro tabloid, was reported to have been caught red-handed sleeping with a male prostitute during a trip with Mugabe to Windhoek, Namibia. Mukondiwa accompanied Mugabe to cover the summit of liberation war movements in SADC.

It’s alleged Mukondiwa shared a room with a member of the CIO as a way of cutting costs during the presidential trip. But with the CIO agent having gone on duty Mukondiwa hired a male prostitute. Unfortunately the CIO came back early and walked in on the two. The matter was reported to Mugabe and the ZANU PF leader reportedly blew his top.

To make matters worse for Mukondiwa, last year he was allegedly caught by security personnel while sleeping with a male reporter in the newsroom after hours. Zimpapers management are said to have swept the matter under the carpet.

This week has seen intense speculation on the relationship between Youth and Empowerment Minister Saviour Kasukuwere and Psychology Maziwisa, a former anti-Mugabe critic he recruited from South Africa. Maziwisa quit an NGO he was running called the Union for Sustainable Development, and joined Kasukuwere’s Ministry under the dubious title of ‘political and legal advisor.’

Not much was made of this relationship until Maziwisa wrote a glowing tribute to a gay British cricket writer, Peter Roebuck, who committed suicide as he was about to be detained over accusations he sexually assaulted a 26 year old Zimbabwean man. Roebuck jumped to his death from the 6th floor of the Southern Sun hotel last Saturday after being visited by detectives.

But in an article titled; “Peter Roebuck … a tribute from his first African son” Maziwisa wrote that Roebuck was “one of the most integral people in my life.” He said as an orphan Roebuck adopted him as a ‘son’ and “paid for my “A” Level tuition as well as my other educational requirements.”

According to Maziwisa, Roebuck “built a mansion in the KwaZulu Natal Midlands and left me in the care of a youngish couple.” He even enrolled Maziwisa at a South African university. In his own admission Maziwisa said his decision to later join Kasukuwere and ZANU PF ‘upset’ Roebuck ‘pretty considerably.’

Meanwhile Itai Gondo, the 26 year old Zimbabwean man whose complaint of sexual assault triggered Roebuck’s suicide, claimed the former cricketer lured him with money, “groomed” him on the social networking site Facebook with the promise of money for his college fees, before sexually assaulting him. The fact that Maziwisa actually had his fees paid for by Roebuck has only fuelled the speculation further.

It’s also reported that Roebuck has a total of 17 “adopted sons” who live at his 10-bedroom home in Pietermaritzburg, South Africa.

Cue in the accusations that have dogged Kasukuwere over the years and you have a very murky situation. It’s alleged Kasukuwere made his initial fortune after blackmailing a white businessman in Mutare who ran a transport company. Using photographic evidence of their gay liaisons the former CIO member is alleged to have forced the transport owner to give up his business and let him take over.

SW Radio Africa spoke to Chesterfield Samba, from the organisation Gays and Lesbians of Zimbabwe and he told us those in Mugabe’s government who have engaged in sodomy are not necessarily gay.

Samba said “sodomy is also used as a form of expressing power in Zimbabwe or as a form of violence against opposition parties.” He gave the example of the 2008 political violence directed by ZANU PF, saying a lot of male opposition supporters were sodomised as a way of extreme intimidation and to force them to change their political persuasion. SW Radio Africa

“He died nowhere near a radiotherapy machine”- Mukondiwa slams govt