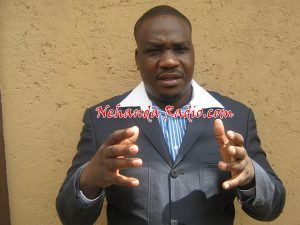 For close to a year now, the country has been steadily sliding back to the pre-June 2008 period of lawlessness, political abductions, murders and military intervention into civilian electoral affairs albeit by performing commissariat work for Zanu PF.

The simple possible explanation for the limited democratic reversal process by mainly President Robert Mugabe’s Zanu PF party in the inclusive government is a naked realisation that patronage which is now constrained by the involvement of the two formations of the Movement for Democratic Change (MDC) in running national affairs will not advance the Zanu PF agenda of long incumbency.

In order to find a formula to remain in power, Zanu PF has gone back to its old, tired, bastard but effective methods of retaining power at any cost; violence.

The method it temporarily abandoned in March 2008 and lost the election to the MDC led by Prime Minister Morgan Tsvangirai but reverted to it in shocking and criminal style to assume the presidency in the violent and discredited June 2008 presidential runoff sham.

The building of a war chest by Zanu PF through the Marange diamonds and its partisan assert stripping indigenisation policy which is a euphemism for the Zanufication of the economy are clear signs the next polls will be extremely violent and bloody.

Recent violent events involving the police and Zanu PF supporters led by the notorious Mbare-based vigilante group, Chipangano in parts of Matabeleland provinces and Chitungwiza respectively tell us Zanu PF is testing the effectiveness of its violent machinery and how the democratic political parties in Zimbabwe, civil society and the regional countries respond to it as it prepares for an onslaught against defenseless civilians in the next election.

It is important to attempt to understand why Zanu PF has resorted to its old and discredited method of political violence each time the country is faced with an election or the possibility of it.

At the same time it also crucial to come up with possible democratic ways of trying to limit and contain the spread of political violence and the poisoning of the electoral environment ahead of what could be a watershed election.

The one critical thing that is causing this political confusion is the reported health of Zanu PF’s candidate Mugabe, the re-energising of the MDC political structures and support base of Morgan Tsvangirai through the political rallies he is holding across the country and the possible electoral strategy by Zanu PF thinkers such as Jonathan Moyo, Emerson Mnangagwa and Patrick Chinamasa that Mugabe and others do not know

If elections take place in 2012, President Mugabe will be 88 years.

His advanced age and  rumour about ill health does not augur well for his electoral candidacy Zimbabweans  would surely not invest their future, and that of their country to a person  who clearly will not be part of the future he will promise in the election campaign.

These anxieties will undoubtably put Mugabe at a disadvantage against his political opponent who is only 60 Barring other factors like corruption, human rights violations, asset stripping of government-run companies by Mugabe’s associates all blamed on his 31-year running rule work against a victory in presidential polls.

Surely, a large percentage of voters who shunned the previous elections falsely believing that Mugabe can never be defeated in an election will without doubt participate.

This is the mood in the country that Zanu PF has gathered through the use of the Central Intelligence Organisation (CIO) as Tsvangirai moves around Zimbabwe organising his party and structures for the final political onslaught when the elections are held.

This is due to the largely organised political machinery of the party through its organising department and all its provincial structures. What has incensed and caused panic in Zanu PF and security apparatus is the immense success of these meetings at a time when their candidate Mugabe has not held a single rally for reasons advanced earlier, ill health and advanced age.

The security apparatus and the Zanu PF strategists have now resolved to stop Tsvangirai from meeting Zimbabweans because their candidate is now lagging behind.

It seems to me as  if there is a sinister and strange election political strategy by some Zanu PF strategists that Mugabe might not be aware of a cabal which believes a possible demise of its president whilst still in power,  especially during an election year.

This cabal believes that such a scenario will prolong Zanu PF’s stay in power as the whole country will be engulfed in grief thereby suspending all political programmes. The most critical aspect of this strange and hypothetical strategy by Zanu PF strategists is the belief that it is very difficult to defeat or remove a political party whose leaders dies in office.

Its rule is premised on violence and political patronage from the liberation struggle to post independent Zimbabwe.

The Matabeleland and Midlands massacres, the 1985 general election, 1990, 1995, 1996 and all the post 2000 election point to this thread of violence as the fundamental premise of Zanu PF and Mugabe’s rule.

The system has to divorce itself from its dual roles of working for the state and Zanu PF, in order to establish itself as professional and be able to address issues of political violence without fear or favour.

It is a challenge but this is the most critical challenge of our time, our generation, our country if we are to transit this country into a democratic society.

The security apparatus should serve the interests of the State and not Zanu PF and indeed not the party I belong to the MDC or any other political party for that matter.

Charlton Hwende is Mashonaland West provincial spokesperson for the MDC