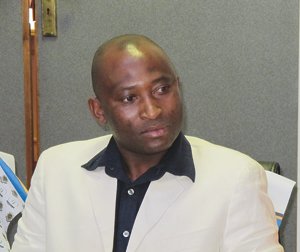 Zimbabwe football legend Peter Ndlovu will only comment on moves by Highlanders to make him chairman of the club when a formal approach has been made, the former Zimbabwe captain said yesterday.

Recent press reports said former players and life members of the popular Bulawayo club have mooted a plan to put forward Ndlovu’s candidature for the chairman’s post when the club goes to the polls in January. The fall of the once dominant club has prompted the officials to turn to one of their illustrious sons.

The club hopes that Ndlovu’s profile might help resuscitate the fading giants. In an exclusive interview with the Daily News, the former UK-based wizard, arguably the finest footballer to emerge from post-independent Zimbabwe, was non-committal on whether he will accept the offer to lead his boyhood club.

Ndlovu enjoys cult hero status at Bosso where he started off his career as a raw teenager before he was spotted by the then UK Premiership side Coventry City in 1991.

“I haven’t been approached,” Ndlovu said yesterday. “There is absolutely nothing I can comment on until and unless an approach is made to me. As saddening as the situation is at the club, I will not make a premature comment.

All we can do at this stage is to let those entrusted with running the affairs of Highlanders get on with their work.”

Sources at the club say life members, Cosmas Zulu, Douglas Mloyi, Ernest Sibanda, Willard Mashinkila-Khumalo, Amin Soma-Phiri and Peter’s brother Madinda, have been irked by Bosso’s failure to challenge for honours in recent seasons. The current chairman is Themba Ndlela while Andrew Tapela is the secretary-general.

Highlanders have slowly become a powerless giant and will end this season no better than the fifth position that they currently occupy with a game to go. Mkhupali Masuku’s men have won just 12 out of 29 games with the remainder being seven draws and 10 losses.

Speculation is rife that Willard Mashinkila-Khumalo, whose last coaching job was at relegated Zimbabwe Saints early this year, could bounce back as head coach with Adam Ndlovu, currently coaching Premiership newcomers Chicken Inn, coming in as the assistant. Daily News