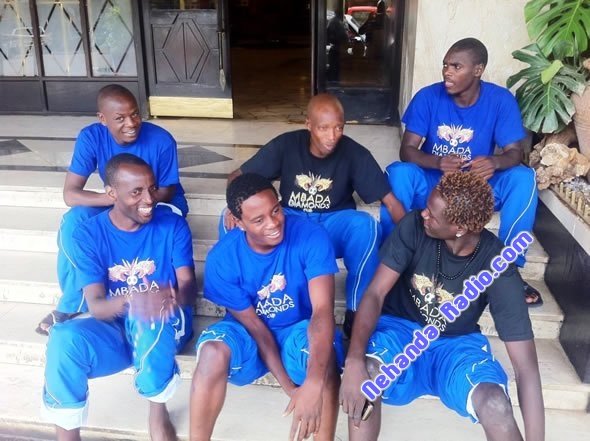 From Augustine Hwata in Bulawayo

Veteran striker Cuthbert Malajila wore the captain’s armband at Dynamos for the first time and led from the front when he struck the all-important goal that gave his side passage into the final of the Mbada Diamonds Cup at the expense of FC Platinum at Barbourfields yesterday.

Malajila headed into the net off a free-kick whipped in by David Kutyauripo on the right. The early goal settled matters between the two teams and Dynamos continued to search for another goal while FC Platinum continued fighting to get an equaliser with Charles Sibanda and Donald Ngoma heavily involved in most of their attempts.

But Dynamos were unyielding in defence where Callisto Pasuwa played with two defensive midfielders in Devon Chafa and Leo Kurauzvione. The Harare giants were without the regular trio of Tawanda Muparati, Milton Mako-pa and skipper George Magariro. Muparati lost his father while the duo of Magariro and Makopa were nursing injuries.

Chafa and Kurauzvione suffocated the midfield while Murape Murape chased every loose ball and caused anxious moments for FC Platinum on the left flank. Murape, who earlier in the week had stoked flames ahead of yesterday’s encounter, gave FC Platinum leftback Khumbulani Banda a hard time and big centre back Daniel Veremu had to move in at times to provide cover.

Dynamos could have increased the lead in the 12th minute when Chafa tried to beat Tafadzwa Dube from outside the box but the effort went wide. In the 14th minute, Dube blocked Malajila while in one of DeMbare’s sweeping moves Murape gained possession near the centre circle, then spotted Roderick Mutuma running loose on the left.

Mutuma beat Banda and then sent in a low ball that Malajila shot straight at Dube before there was a scare for Dynamos in the 21st minute when goalkeeper Washington Arubi required medical attention after colliding heads with Kutyauripo in the box as he went for a high ball. In one moment that left a lasting impression on the afternoon, Denver Mukamba waltzed to the right and then in the other direction to subtract two markers before taking a low effort that Dube saved.

But FC Platinum continued to search for an elusive equaliser with Ngoma being forceful up-front where the defensive pair of Gift Bello and Guthrie Zhokinyi were however, unyielding. Sibanda nearly gave FC Platinum a goal when he headed in the box but Arubi tipped the ball over the bar, although the effort could not have counted as South African referee Victor Hlungwani had signalled for off-side.

While both teams played exciting football in the first half, the second half was a scrappy affair characterised by too many stoppages. The second half had few talking points with Dynamos’ Archie Gutu setting up Malajila but the forward thrashed his effort wide while Murape – who had done most of the good work in the first half – appeared to have run out of steam.

There was an anxious moment for the miners in the second half when referee Hlungwani flashed a red card in the face of Veremu after the defender had lunged at Martin Vengesayi but then reversed his decision. It appeared that Hlungwani thought that he had earlier cautioned Veremu but noticed that it had been the Warriors defender’s first yellow card offence.

FC Platinum then lost Sibanda through injury and introduced Norman Maroto but by then Dynamos had done enough to cling on. Malajila was happy to wear the arm-band in the absence of Magariro. “This is the first time that I have captained Dynamos but I am happy for the whole team that we are now in the final of the Mbada Cup. We are still hoping to the win the final as well as chase on the league.

“As a striker it had been sometime since I last scored but I was happy to get the goal that mattered. I am not the captain but the guys in the team and the coaches showed confidence in me and asked me to lead the troops. This game is now water under the bridge but we have to focus on the league game which is coming on Wednesday,” said Malajila.

FC Platinum assistant coach Tendai Chikuni blamed the defeat on the sloppy marking by his team in team in the early stages. “We are now out of the Mbada Diamonds Cup because we lacked concentration when we conceded that goal. If you look at Dynamos, they got their chance and utilised it but unfortunately we could not score.

“Now we will focus on the remaining league games and each of these games will be like a cup final for us,” said Chikuni. By winning the Mbada Diamonds Cup semi-final, Dynamos have completed a double over the moneybags after beating them 2-0 in the league and now carry the psychological advantage ahead of the decisive league encounter between the two title-chasing rivals at Mandava.

Mr Vegas fails to live up to his billing