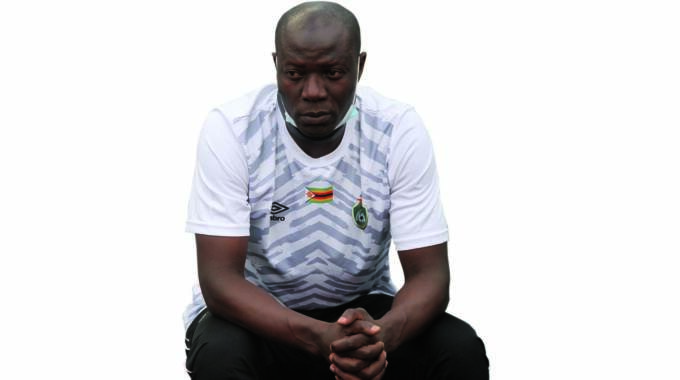 He played football in five countries and turned out for top European clubs, including English giants Manchester City, before attaining a UEFA A coaching licence after retirement, but Benjani Mwaruwari insists he is still a student of the game.

The former Warriors skipper says he is actually back in the Zimbabwe national team set-up to learn.

His appointment as the third assistant coach on August 25 drew a lot of interest not only in Zimbabwe, but across the border in South Africa, where the former Jomo Cosmos striker laid the foundation of a career that eventually took him to Switzerland, France and England.

He comes in to complement Lloyd Chitembwe, Tonderai Ndiraya and goalkeepers’ coach Godfrey Tamirepi as Zdravko Logarusic’s other assistant.

Bloodbath at Dynamos as chairman Mupfurutsa and coach…

Mwaruwari returns to the Warriors set-up in a different role, 11 years after he retired from international duty as a player soon after Zimbabwe’s 0-0 draw against Cape Verde in an Africa Cup of Nations qualifier at the National Sports Stadium on October 10, 2010.

The 43-year-old former Portsmouth striker jetted into the country on Monday to assume his new role and has been working with national team strikers, as the Warriors launched their latest bid to qualify for the World Cup finals.

One can easily tell he is really relishing the opportunity he has been given by ZIFA.

Enthusiasm, excitement and optimism were all written on his face when The Sunday Mail Sport sat down with him for a chat at a Harare hotel, a few hours before Zimbabwe’s opening World Cup qualifier against South Africa on Friday.

“It really feels good; it’s every coach’s wish to be part of a national team set-up.

“And like I have always said, anything to do with the Zimbabwe national team I give it my all,” Mwaruwari said.

He is fresh from acquiring a UEFA A Licence, a badge that is one level below the UEFA Pro Licence and allows holders to be head coaches of youth teams, reserve teams and men’s professional second-tier clubs.

It means he is eligible to coach in the English Championship or the French Ligue 2.

However, the former Air Zimbabwe Jets and Jomo Cosmos player sees the Warriors appointment as “a huge step in the right direction”.

“I am still a toddler in this trade and I am here to learn.

“I want to continue learning. I believe this (Warriors job) is a perfect set-up for me to learn the trade. As they say, kudzidza hakuperi, we will keep on learning until we die.

“One thing I have realised is that coaching is very different from playing. You continue to learn every day.

“Some coaches start from the bottom and I can say I am blessed to be starting from the top, because the national team assistant coach job is a top post, it’s a revered position.”

Mwaruwari was part of the Warriors team when Zimbabwe won their last World Cup qualifier in 2008.

They beat Namibia 2-0 at home, courtesy of a double strike by Gilbert Mushangazhike.

He played 83 minutes before he was replaced by Takesure Chinyama.

Now 11 years later, he is back in the trenches, albeit in a new role, and he says he noticed some amazing qualities in the current generation of players.

“I have always said this is the best Warriors generation we have ever had in this country. We have a very talented squad that has been together for a long time. The boys have a strong bond.

“Their character is amazing.

“They are a good bunch of players, good character and good skill. They have qualified for the AFCON finals three consecutive times (2017, 2019 and 2021); it’s an amazing feat.”

Part of his duties is to sharpen the strikers.

Given his pedigree, he has also come in to inspire the players.

Have the Warriors warmed up to him?

“It’s good the boys appreciate my value. It’s nice when they come over to me asking questions and wanting to learn more from me.

“I played for big teams, I played in about five countries and I worked with big-name coaches in my career, so obviously I come here with vast experience which I think these boys can take advantage of.

“Obviously, I have been telling the strikers about my experiences as a player for both the national team and big teams in Europe like Manchester City; that’s why I am here.

“But, get it clear from me, the strikers I am working with are a talented lot.

“These are very good players. You don’t need to teach them much because they have it already. What you might probably do is just to motivate them.

“They are a joy to work with, I must stress.”

The 2001 South African Premiership Player of the Season reckons Zimbabwe’s World Cup qualifying group is one of the toughest.

The Warriors are in Group D alongside Ghana, Ethiopia and South Africa.

“This is the toughest group, I think.

“Ethiopia are unpredictable, Ghana are perennial campaigners and South Africa have been to the World Cup before.

“But, football has changed across the world. There are no longer small or big teams; anything can happen.”

Mwaruwari has also been enjoying the company of his new workmate and former teammate Chitembwe.

The duo was part of Charles Mhlauri’s Warriors squad at the 2006 Africa Cup of Nations in Egypt.

“It’s good to be back in the national team set-up, mixing again with people like Lloyd (Chitembwe), a senior to some of us when we used to play.

“I remember back then, whenever Lloyd (Chitembwe) came to Bulawayo for a match, we would link up for a few drinks, sharing ideas and stuff.

“Just like this week when we reunited, we also talked about the past and laughing about some of the silly things we used to do when we were still playing together.

“I also would have loved to reunite with the fans, but with this Covid-19 issue, there are no fans in the stadiums.

“But, they (fans) should keep supporting the Warriors, they have always played an important role in football and we respect them.

“I want to assure them that I am happy to be back with the national team, but I am here to learn and improve my capacity as a coach,” said the former AJ Auxerre and Blackburn Rovers striker. The Sunday Mail

Bloodbath at Dynamos as chairman Mupfurutsa and coach Ndiraya fired