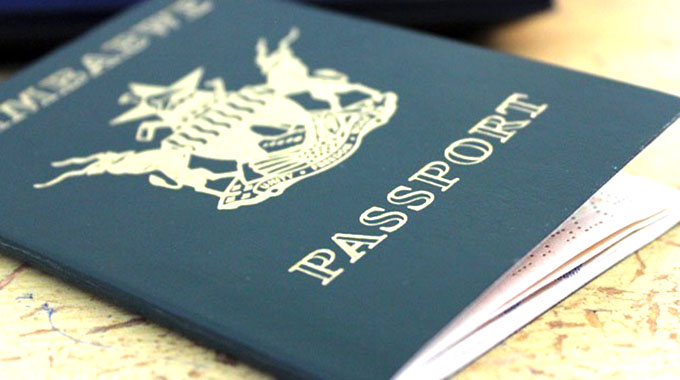 The Registrar General’s Manicaland Provincial Office lost US$6 345 and fuel coupons to thieves who made light of breaking into an accounts office at the dilapidated wooden structure.

Although the break-in was an inside job which resulted in the arrest of two security guards who were manning the premises, the state of the provincial offices provides minimal security to the highly valued public records kept there.

The wooden cabins have been severely weakened by termites, while heavy rains have flooded the offices on countless occasions.

For years now, no permanent buildings have been constructed at the registry and work is being conducted from the wooden structures that are slowly giving in to the vagaries of weather.

Two security guards from Online Security Company who were stationed at the registry and an accomplice have since been arrested over the June 4 break-in.

They are facing unlawful entry charges as defined in Section 131 of the Criminal Law (Codification and Reform) Act, Chapter 9:23.
Public prosecutor, Mr Tendai Nyatsuro told the court that the suspects executed the break in on June 4.

“On the day in question, Rwanga and Musindo commenced duty at the Provincial Registry. They checked the premises and everything was intact.

The following morning at around 1am, Rwanga was carrying out his perimeter checks when he discovered that the door to the accounts office was wide open.

“He went on to advise his workmate who was at the main gate. The two teamed up and proceeded to the office to find out what had happened. They entered into the room and discovered that all the doors and padlocks leading to the strong room had been broken,” said Mr Nyatsuro.

The thieves had also broken a cash box that was holding the previous day’s passport fees. The two guards went on to inform their superiors about the break in and a police report was made.

Police detectives from Mutare CID attended the scene and found out that cash amounting to US$6 345, $591 and some fuel coupons had been stolen.

Investigations carried out established that the guards who were on duty had connived with some thieves to commit the offence. They were subsequently arrested and as investigations were being carried out, Duri was arrested by police detectives from CID Southerton in Harare for other unlawful entry cases. During interviews, he revealed that he had committed two unlawful entry crimes in Mutare.

He told the police detectives that his gang had broken into the Manicaland Provincial Registry Offices in connivance with the two guards who were on duty.

For assisting the thieves, the guards were reportedly paid US$200 each.

Duri got a share of US$800 while the fuel coupons were taken by Dhongi Ruzvidzo.

This is not the first time the state of the Provincial Registry has stirred a hornets’ nest.

Last year, Home Affairs and Cultural Heritage Minister Kazembe Kazembe was shocked by the state of the registry when he was briefed by the Provincial Registrar, Ms Joyce Munamati, during the official opening of the Murambinda Civil Registry Sub-office.

“I didn’t expect the provincial offices to have such offices so we will discuss this further to see how we can deal with the issue,” he said back then.

Two years ago, suspended Registrar-General, Mr Clemence Masango, said the state of the RG’s provincial offices was embarrassing and did not reflect the importance of the institution. The Manica Post