. . . seven bullets pumped into his body

A section of Zimbabweans in South Africa is celebrating following the daylight murder of 25-year-old Ronnie Macmillan who was shot dead in Midrand on Monday afternoon.

Ronnie, a lover of finer brands, died in a hail of bullets while driving.

According to sources close to him, he had seven bullets pumped into his body and died on the spot. Midrand Police Station officers attended the crime scene. Macmillan was staying in Pretoria suburb of Sunnyside where mourners are gathered.

There have been mixed emotions on social media as some celebrated his demise branding him a “notorious thug”.

Some messages on Facebook were too explicit to be published in respectable media as the outpouring of anger reached a crescendo.

Literally translated: “If heaven had a television set I would permanently keep the remote in my hand checking how much you are burning in hell. The seven bullets they pumped into you were too few they should have used 100. Don’t rest in peace, burn in hell Lucifer’s son.”

In an ominous post made on his Facebook page Macmillan seems to have foreseen his death coming.

“No amount of money can help u wen it is ur time to leave this world. Only God can save you thru his blessings,” he wrote in March this year. 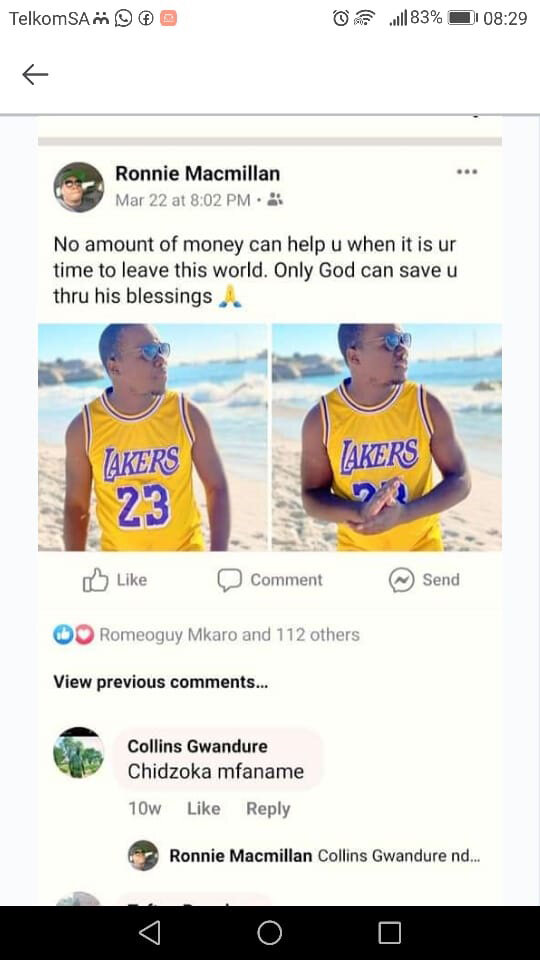 Some of his ‘friends’ we spoke to indicated the flamboyant socialite was never a permanent friend and could turn against you in a split second.

“This guy was a thug and got a lot of people behind bars for the very same crimes he was committing. This time I think he played with a wrong gang. He would set you up against cops and a number of people know about this yet he wanted to live his life freely,” said one who, like many, would only talk anonymously for fear of reprisals.

“If you live by the sword you die by the sword. He had created so many enemies vamwe vaaitengesa ku police. I think this time he played with mafias and they have eliminated him. He had become real terror to many no wonder so many are celebrating,” added the friend who strangely was not sure whether “Macmillan” was his real surname or a “street name”.

In other Whatsapp groups they list Ronnie’s trail of criminality from assaulting a pregnant who ended up miscarrying twins as well as hijacking a truck on the N1 freeway, shooting the driver in the legs crippling him in the process. Some added he was a “wholesaler” of the fast-moving codeine cough syrup Broncleer. 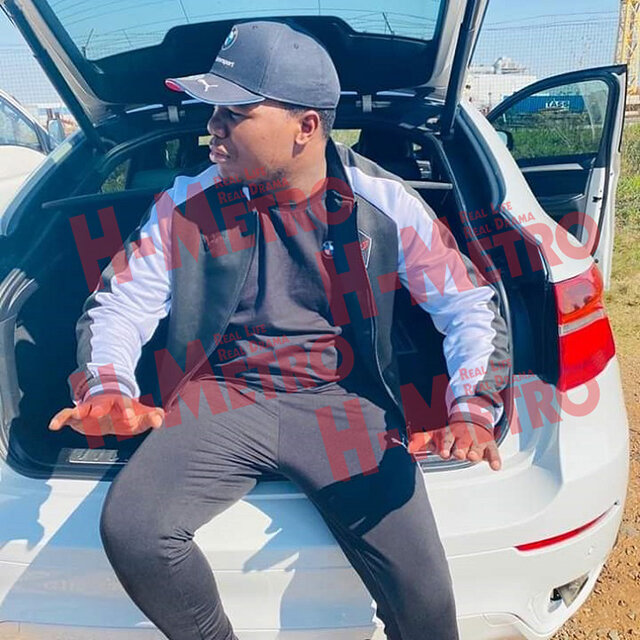 Efforts to get comments from the “victims” and those who posted the vitriol were fruitless as they did not respond to messages. Funeral arrangements are yet to be advised but early indications are that his remains will be repatriated to Zimbabwe. H-Metro

Maruwa: I don’t do juju