Zimbabwe international midfielder, Kuda Mahachi, says it’s important for the Warriors to focus on getting the victory they need when they take on the Zebras, in a key 2021 AFCON qualifier in Francistown on Thursday. 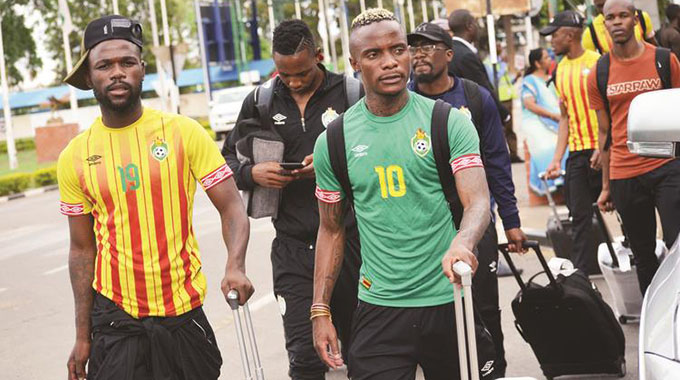 He also feels Botswana should be given the respect, which they deserve, rather than be treated as lightweights.

The neighbours are separated by a point, in their quest to try and join African champions Algeria, at the next Nations Cup finals in Cameroon in January.

The Warriors can qualify for the tournament, should they beat the Zebras on Thursday, and Zambia fail to defeat the Desert Foxes, on the same day.

The last time the Zambians met the Algerians, they were taught a tough football lesson, conceding five goals, to open their campaign in the worst way possible.

However, things have changed.

And, with the Desert Foxes set to miss some of their key players, including influential skipper, Riyad Mahrez, Chipolopolo can fancy their chances of victory.

This is why the Warriors have to try and win their match, against the Zebras on Thursday, to ensure they will still have their fate, in their hands, in the final round of fixtures, on Monday night.

If Botswana win on Thursday, it could be gloom for the Warriors who might have to pray the Zebras to fall, in Algeria on Monday, while they will have to beat the Zambians, at the National Sports Stadium.

With some of the key Warriors players not able to make it, due to the Covid-19 restrictions in countries where they are based, it hasn’t given coach, Zdravko Logarusic, the best possible preparations, for these two big matches.

His captain, Knowledge Musona, though, is here, after he flew home for the two battles, yesterday.

“By all fairness, the match we are facing is tough. Remember we drew the reverse fixture at home last year in November,” said Mahachi.

“But, the circumstances are totally different now, we have to play our hearts out.

“The absence of some of our key players is definitely a setback on our part.

“These are the kind of games that you will need all the key players for the cause.

“But, we are talking of qualification here, every player in the team knows the importance of this match.

“The significance of this particular fixture need no extra motivation. We need to go all out in attack and we need to win.’’

He said it has never been easy, to play away from home, and Algeria just squeezed a narrow 1-0 win in Botswana, while Zambia fell there.

“It’s tough playing such key matches, away from home but, then, these are the games in which teams need to show their pedigree,’’ he said.

“We are going to throw everything into the fixture and see where we will be, after the 90 minutes.

“Most of the talking should be done in the field of play.”

His Supersport United teammate, Evans Rusike, who is making a return into the Warriors fold after missing the back-to-back qualifiers against Algeria last November, said the focus should be on getting a victory.

“We will have to attack. We have the destiny in our own control. We shouldn’t make the mistake of praying for other results to go our way,”he said.

“This is going to be a tough fixture but we need to put in our best effort.

“If we coordinate well, play as a unit and put in the shift, we will win.”

Zimbabwe are second on the table, with five points to their name, while Botswana are a place, and a point, behind.

Zambia are at the basement, of the standings, on three points.

The trio are wrestling for the remaining ticket after Algeria, on 10 points, secured the other ticket last year.

If there is a boost for the Warriors, then it has to be the arrival of their talismanic skipper, Musona.

The KAS Eupen forward who has hit top form, at his Belgian club, and he joined 13 other squad members, in camp.

Most of the foreign-based players are expected to land today.

United States-based Tendai Jirira is scheduled to arrive tomorrow afternoon, just before the team’s departure to Botswana, via South Africa.

The quartet of Tafadzwa Rusike, Jimmy Dzingai, Takudzwa Chimwemwe and goalkeeper Talbert Shumba, who ply their trade in Zambia, were all part of yesterday’s training session.

Loga said he was impressed by his charges’ fitness levels but will issue a comprehensive statement at a press conference this morning.