Belgian football clubs have voted to support the possibility of a joint league with their neighbours in the Netherlands. 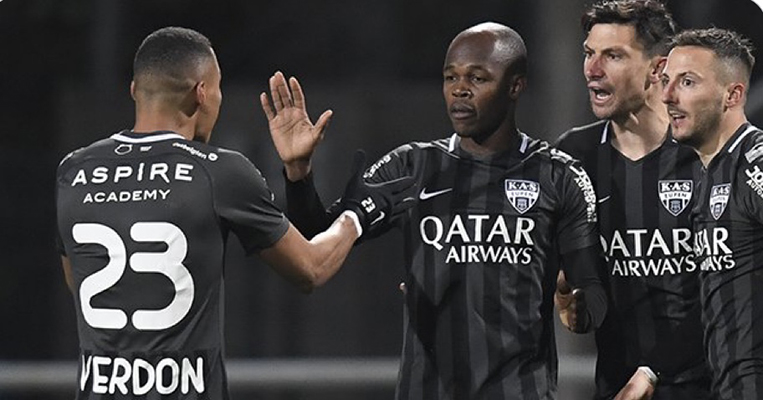 Zimbabwe captain, Knowedge Musona, plies his trade in Belgium, on loan at KAS Eupen, from his parent club, Anderlecht.

A number of Zimbabweans have, in the past, also played in Belgium.

They include Marvelous Nakamba, who is now at English Premiership side, Aston Villa, Nyasha Mushekwi, Cephas Chimedza, Honour Gombami and Vusa Nyoni.

The country is considered the eighth strongest league, in Europe, according to the UEFA Country Coefficients rankings.

Spain lead the rankings, with England in second place while Germany, Italy and France occupy the other top five spots.

Portugal are in sixth place, Russia in seventh slot, with Ukraine (ninth) and the Netherlands (10th) making the top 10.

Belgian and Dutch clubs are reviving an idea first floated two years ago but put on ice because of the Covid-19 pandemic.

The 18 clubs of the Belgian Pro League unanimously supported an agreement on “the direction for the future” of professional football in the country.

“This future ambition is based on respect for the sporting aspirations of the top clubs and the need for economic stability for the other professional clubs,” said a statement after a meeting yesterday.

“There is unanimous support to realise the possibility of the BeNeLiga and give it every opportunity.

‘’The management of the Pro League will from now on take an active role in this.”

Five clubs from Belgium, and six from the Netherlands, have been talking to each other since 2019 about the possible creation of a joint league.

A study into the benefits of a joint league said it would boost total football revenues in the two countries by about 300 million euros to 1.3 billion euros (US$1.55 billion).

The 11 clubs last year held preliminary discussions with European football’s controlling body UEFA over the idea but it has been rejected by supporters’ associations in both Belgium and the Netherlands, who are concerned about longer journeys to away games. — The Herald/AFP.