Englishman Lee Clark has become the latest high-profile coach to claim Tanzanian giants, Simba SC, appear to be using Covid-19 tests to weaken their opponents in the CAF Champions League. 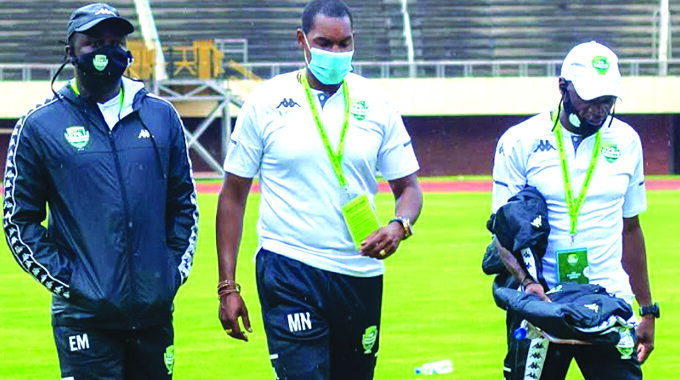 The 48-year-old Clark, who arrived at Sudanese side Al Merreikh earlier this month, saw his side crash to a 0-3 defeat, to Simba SC, at the Benjamin Mkapa Stadium, in Dar es Salaam, on Tuesday.

Luis Miquissone, Mohamed Hussein and Chris Mugalu were on target for the high-flying Tanzanian side.

However, Clark said there was more, to his team’s defeat than what happened on the pitch, with eight of their players, including six first-team regulars, being barred from playing in the match.

“Six of those players are in my starting eleven, very well known to the opposition coach, the other two are very experienced players, who would come on later in the game. We are also being made aware one of our other top players is safe, who the rival coach was, obviously, trying to make him not available, so, there was confusion.

“We have finally reported to CAF and we would like some answers because, since we landed here on Saturday, we have not been given any help.’’

Clark said some of the players, which he threw into battle as replacements, were not ready for the battle.

“We did not have any problem tactically, we made some small errors for the goals but I have to start with, maybe, two or three players who had short training sessions and were not ready to start such a big game like this one today,’’ he said.

“This is difficult, they tried, they gave me their heart but this is not normal when I have to change my starting 11, three times, before the kick-off, in the space of the last 12 hours.

“If you take out the best six, or eight players from the opposition, they will also find it difficult, so this is the situation,.’’

The Englishman is the latest, in a growing list of coaches, who have been crying foul this year, after their teams clashed against Simba SC.

Norman Mapeza, the FC Platinum coach, felt his side were given a raw deal when they lost 0-4 to Simba SC, in a Champions League match, this year.

The Zvishavane side were only told, moments before kick-off, that five of their key players had tested positive for Covid-19, and had to be dropped from the line-up.

Like Merrikh, they lodged a protest with CAF, but did not get any response.

Mapeza felt the last-minute delivery of the Covid-19 results also affected his men.

“I think some of them got affected psychologically, after hearing about those guys, who were said to have tested positive for Covid-19,’’ he said.

‘’But, at the end of the day, I can’t complain because these guys did their best under the circumstances.

“We had four guys, who were in the first 11, it seems like it was something that was planned because if you look at it, it was department by department, that got affected.

“It really affected us a lot but, at the end of the day, there was nothing we could do.

“It’s always difficult, when so many things happen before the game, it tends to affect the players psychologically.

“There are some other things that you can try to speak to the boys, to remain calm and focused, but I think everybody saw what happened during the game.

“It’s always difficult because, if you feel like you are being cheated in everything you are doing, you feel very annoyed.”

The announcement was made when the players were already warming up for the match in Dar es Salaam.

“Five minutes to kick-off, the match commissioner informed us that five of our players tested positive to Covid-19,” he said.

“The information shocked us, we knew it was their plan to frustrate and intimidate us. We told them we won’t play the match because the result is coming late.

“Later, the match commissioner returned with a different list that had two players, Sunday Adetunji and Abubakar Ibrahim, who were their main targets.

“Sunday Adetunji and the rightback, Abubakar Ibrahim, were part of the starting eleven for the match, we had to replace them, three minutes to the commencement of the game.”

The Nigerian club decided to engage the service of a private hospital in Tanzania and the tests returned a negative result.

“Well, independent tests were conducted and they are negative,” they posted on the club’s official Twitter handle. – The Herald/Goal.com