Chief Nematombo in Hurungwe, Mr Lovemore Karengesha has died. He was 67. 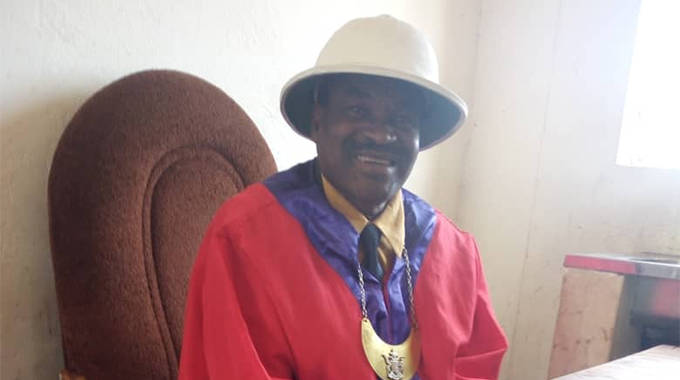 Chief Nematombo, who was the 17th chief in the Nematombo chieftainship died on Thursday evening after a short illness. Hurungwe District Development Coordinator Mr. Andrew Tizora confirmed the death.

“We received the news of his death today (yesterday). We are yet to establish the actual cause of his death,” said Mr. Tizora.
Born on June 2, 1954, Chief Nematombo is survived by his wife and six children.

Burial arrangements are still being finalised in terms of the Nematombo tradition and burial rites of chiefs. His death comes hardly a month after the death of chiefs Nyamweda and Mashayamombe in Mashonaland West province. The Herald

New role for Billiat at Chiefs?