By Mthabisi Tshuma and Austin Nyathi

Two years ago, a cleansing ceremony took place at Garayemba Dam in Gwanda South as villagers thought this would end “mysterious troubles” bedevilling the area. 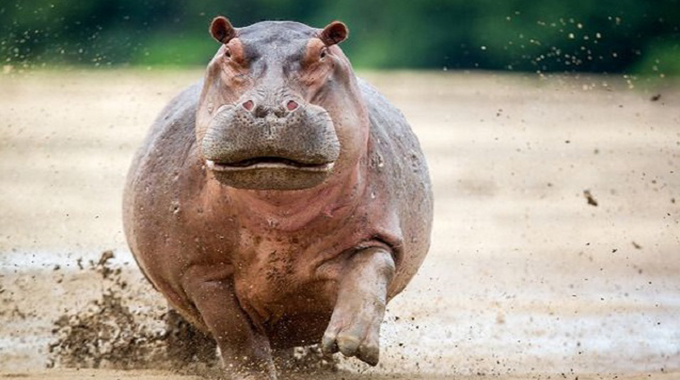 The traditional ritual is what villagers believed would help them deal with various misfortunes that have hit the area.

Among the misfortunes, villagers claimed a possessed snake was killing locals and causing several calf losses. At one point in the 1980s, children contracted skin ailments. Although the frequency of the misfortunes had gone down over the year, disaster revisited the area last week when a hippopotamus killed a man at the dam.

A 37-year-old man from Lushongwe Village in Gwanda District died on Sunday night after he was attacked by a hippopotamus while on his way to work.

The deceased who has been identified as Nicholas Ndlovu was reportedly attacked by the hippo at around 10 pm, while on his way to work at a nearby mine.

“I can confirm that a 37-year-old man Nicholas Ndlovu from Lushongwe area in Gwanda under village head Bernard Ncube and Chief Mathe was on February 14 at around 2200hrs attacked by a hippopotamus while going to work,” said Insp Mangena.

Close sources said Ndlovu who worked at Freda Mine was picked up by a passerby after sustaining multiple injuries on his body.

“Ndlovu was attacked while going to work and a Good Samaritan managed to take him to Lushongwe Base Station (police) before he was taken to the hospital where he died upon arrival,” said the source.
Lushongwe village head Mr. Mlamuleli Moyo said villagers were now unable to make use of the water in the dam because of fear.

“My homestead is behind the dam and the hippo uses a pathway in between our homes heading to its grazing place.

Now it is not safe for us to freely move around just after sunset,” said Mr. Moyo.

One of the villagers Ms. Jelitha Dube said, “As women we are now having trouble going to the fields as we fear being attacked by the animal.”

Zimparks spokesperson Mr. Tinashe Farawo confirmed that a man we killed by a hippo and said there were efforts underway to tame the animal. The Sunday News