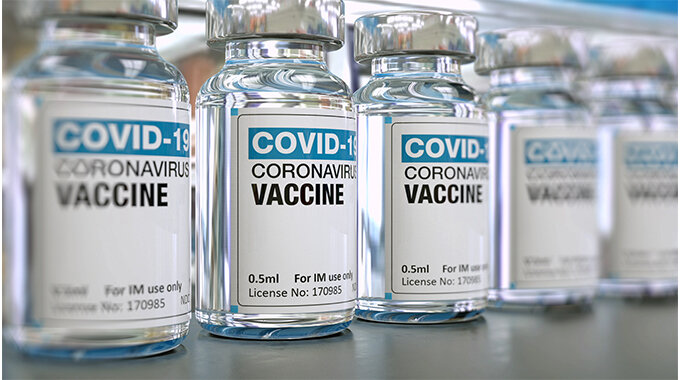 The Government has secured US$100 million for the purchase of 20 million doses of Covid-19 vaccine that will be used to inoculate over 60 percent of the country’s population, a senior government official has revealed.

Permanent secretary in the Ministry of Finance and Economic Development, Mr. George Guvamatanga said yesterday that Treasury has since secured the US$100 million from its coffers and other support structures which will be enough to cater for doses enough for at least 60 percent of the country’s population.

“We have managed to mobilise, through various structures, up to US$100 million for procurement of the vaccine.

US$100 million will allow us to inoculate over 60 percent of our population, which according to the World Health Organisation is what we need for us to achieve what is called immunity.

Zim yet to use US$1 billion from IMF 9 months later, amid…

Zimbabwe Govt lifts restrictions on the import of basic…

Govt urged to explain ‘how much of US$13.7 billion…

7 months later, Mthuli yet to explain how US$1 billion from…

“So, as soon as the sign is given on which vaccine we need to procure and where we are procuring it from, as Treasury we are ready with funding and with funding structures worth US$100 million to make sure that we procure the vaccine and save the lives of Zimbabweans,” said Mr. Guvamatanga.

The announcement by Mr. Guvamatanga followed Acting President and Health and Child Care Minister Rtd General Dr. Constantino Chiwenga’s pronouncement last week while giving an update on the Covid-19 induced lockdown that Government will soon be bringing in vaccines against the pandemic, with a roll-out plan and deployment strategy being finalised.

Finance and Economic Development Minister, Professor Mthuli Ncube recently revealed that the country has to date used $25 billion in the fight against the pandemic since the first cases recorded in the country in March 2020.

The minister said the country was negotiating with China, India, and Russia for the supply of vaccines.

“We have set aside a minimum of US$100 million equivalent for the vaccine and the way we have calculated is we are assuming the cost of US$5 a shot and multiply that by two as each person will get two shots. We are targeting 10 million citizens which is about the herd immunity, which is about 60 percent of the population.

“We have mobilised adequate resources in our budget to be able to meet the cost of the vaccine. All options are on the table, we are negotiating with China, India and Russia. We are having conversations around the Covax initiative, around the African Union initiative which has already sourced 270 million shots of the vaccines and our share is in there,” Prof Ncube is quoted as saying.

The minister also revealed that Government was in conversations with the private sector for them to lend support in bolstering the available resources so that it can be a truly shared national project in terms of acquiring the vaccines.

In a bid to curtail the spread of the virus, government has also extended a National Lockdown Level Four which started early January to February 15 amid fears of a new Covid-19 variants in the country.

Zim yet to use US$1 billion from IMF 9 months later, amid economic crisis

Zimbabwe Govt lifts restrictions on the import of basic goods

Govt urged to explain ‘how much of US$13.7 billion benefited citizens?’

7 months later, Mthuli yet to explain how US$1 billion from IMF was used