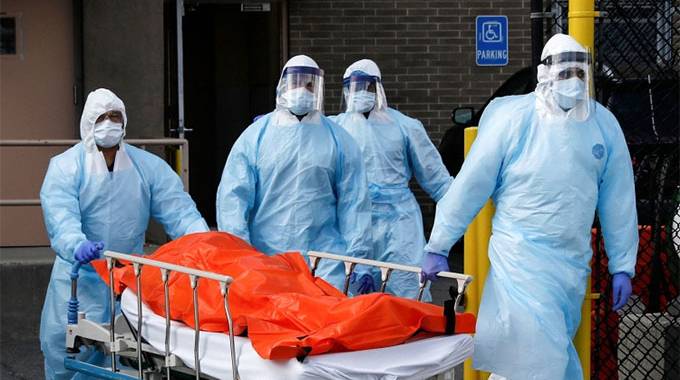 With immediate effect, people who die will be buried in towns or areas in which they would have died and there will be no body-viewing, Government has said.

Police have since been ordered to block any movement of corpses.

The measures seek to contain the spread of Covid-19, which is threatening to spiral out of control with 507 people having died from the virus from 21 477 cases recorded so far.

In a statement last night, national police spokesperson Assistant Commissioner Paul Nyathi said the new measures were ordered by the Ministry of Health and Child Care.

“The Zimbabwe Republic Police advises the public that the Ministry of Health and Child Care has informed the police of immediate restrictions imposed on the movement of dead bodies for burial in the country.

“According to health officials, a body will now be buried in the town/city where the death would have taken place. This is being done in order to curtail the spread of Covid-19 pandemic,” said Asst Comm Nyathi.

“In this regard, police will only clear body movements for burial straight from a funeral parlour/hospital mortuary to the burial site.

“No body viewing will be allowed and bodies will not be taken home.”

“The public is implored to keep a distance as the body is lowered into the grave by either city health or funeral parlour officials. The grave site will be disinfected before burial.

“Police commanders in all provinces have been advised to ensure that the Government’s directive is complied with. The public is accordingly informed of this important message,” said Asst Comm Nyathi.

The Government has put in place a number of restrictions to curtail the spread of the pandemic.

“The ministry has also noted with concern, that despite funerals being allowed a maximum of 30 people, this limit is being disregarded by many.

“Citizens are urged to observe this regulation. Any violation of this requirement will meet the full wrath of the law,” said Minister Kazembe.

Prior to this announcement, only people who died of Covid-19 had their bodies taken straight to burial places, without being taken home or body viewing. The Herald.

Granny who spent days with decomposing corpse remanded in custody