DeMbare in a special class, but 22 years after reaching the Champions League final, the Glamour Boys have failed to build on their finest hour

All they can brag about today is institutional memory and the prestige that comes with being the only Zimbabwean side to reach the CAF Champions League final. 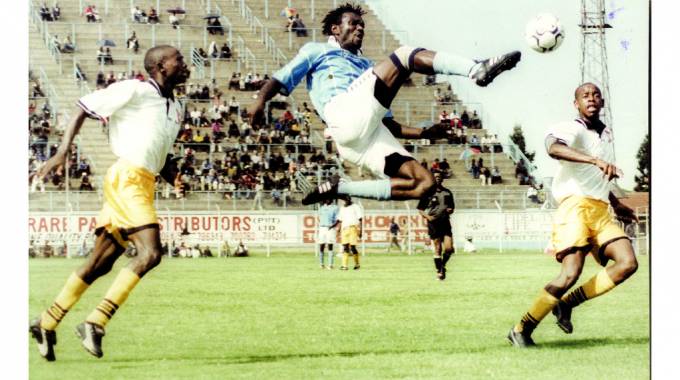 Apart from five league championships, a Madison trophy, two Mbada Diamonds Cups and some Bob Super Cup and Independence trophy titles they have won since 1998, Dynamos has nothing more to show, over two decades after becoming the first and only Zimbabwean team to reach the Champions League final.

Yesterday marked exactly 22 years since that fateful second leg of the final in Abidjan, when DeMbare fell 4-2 against ASEC Mimosas.

The match was played at the Stade Felix Houphouet-Boigny on December 12, 1998, a fortnight after the first leg had ended 0-0 at the National Sports Stadium.

Amid the gloom, a brave man comes along

While a lot has been written about how Dynamos, whose skipper Memory Mucherahowa was head-butted during warm-up and forced to miss the match and all the ill-treatment they got in Cote d’Ivoire, the Harare giants’ failure to build on their historic feat has been a huge cause for concern.

While DeMbare’s opponents in that final, ASEC Mimosas, have gone on to become a major exporter of talent to Europe, their Zimbabwean counterparts have in recent years sunk to alarming levels.

Twenty-two years after that life-changing feat, Dynamos still does not have a training ground of their own, neither do they have a clubhouse nor their own merchandise shop.

The team bus they had was a donation from Nyaradzo Funeral Services, some six years ago.

It’s like DeMbare, who still rely heavily on gatetakings — in an era where their peers on the continent now have fully commercialised business units — have remained stuck in a pit.

“I don’t think there has been any strides made in terms of making Dynamos realise its full potential. To me, that (reaching the final) was supposed to be the turning point for Dynamos,” said Mucherahowa, the club’s most successful skipper.

“By now I think Dynamos should be at par with most of the African giants, in terms of assets, competitiveness and business model.

“I don’t think we have progressed as a team. We had that rare opportunity, but then some things went wrong, the leadership back then also had their own way of thinking, they had their own vision,” Mucherahowa said.

Mupfurutsa and his team have received the backing and latitude from founding father and board chairman, Bernard Marriot to take Dynamos to the next level and try and emulate the obtaining standards set by some of their peers.

“I heard the club now has a kit deal with a United Kingdom firm. Let’s hope this is a genuine deal, I hope Dynamos will not be used in this deal.

“But I am happy that our team has a fresh kit deal and I am also going to buy my own replica. This is what we want, it shows that at least there is some improvement in terms of vision,” said Mucherahowa.

The Glamour Boys signed a three-year kit sponsorship deal with UK based sports equipment and apparel manufacturer, On The Ball Looks, worth US$300 000, on November 23.

“This is just a drop in the ocean because Dynamos should have multiple sponsors. The club should have its own clubhouse, own complex, and I think the current leadership has begun taking some steps forward.

“I am not the owner of Dynamos, but I feel more needs to be done. DeMbare is a big club, it should have its own training facilities and its own stadium.

“So, in a nutshell, I can say the team never moved an inch forward since that historic final. But let’s support the current leadership and see what they can do for the club,” Mucherahowa said. Nyasa Big Bullets coach, Kalisto Pasuwa who later coached Dynamos to a record four successive league titles, was part of that historic squad and feels the dreams they had after 1998 were shattered.

“Having played all the way to the final we thought that was going to be the turning point for Dynamos in terms of management and structure.

“We had played teams like ASEC which had vibrant junior structures and I thought we would take a leaf from those guys,” Pasuwa said from his base in Blantyre, Malawi.

“Reaching the final brought some reasonable income which we thought would be used to transform the club into one of the football powerhouses on the continent.

“That achievement was a good marketing platform for the club and as players, we thought the club would start selling players to Europe, but it was unfortunate the club was reluctant to do that.

“That was our chance to go overseas, but the dream was shattered,” said Pasuwa.

It was not the case with ASEC Mimosas, whose conveyor belt has churned out stars like Kolo and Yaya Toure, Bonaventure Kalou, Didier Zokora, Emmanuel Eboue, Gervinho, Salomon Kalou, and Bakari Kone, who have all graced European leagues.

And Soma-Phiri, who is now running some businesses in Harare, feels DeMbare is not even close to where he thought they would be by now. “Scoring in that final was a huge achievement and it’s unbelievable, 22 years later, that no team from Zimbabwe has reached the final.

“Sadly, football in general has gone down instead of up. Football administration is appalling and I feel there has been lack of Government support for sport in general.

“Dynamos are not even close to what they can achieve,” said Soma-Phiri, who starred in a squad that also had goalkeepers Ernest Chirambadare and Gift Muzadzi, Vint Fulawo, Ernest Masango and a youthful Desmond Maringwa.

Mupfurutsa, who is now spearheading a robust commercialisation drive at the Harare giants, agrees with the general feeling that DeMbare are not where they were supposed to be, had they fully utilised that opportunity in 1998.

“The current status of the club is not what we like. You find that the club had gone to lower levels in terms of performance and achievements over the past couple of years and we certainly all know that Dynamos is an institution built on success.

“Historically, Dynamos is known for conquering the local league, or even the region, but that culture has sort of departed from the club.

“So that status is something that we are now trying to reverse and make sure we restore the old good days or even surpass that.

“If we keep on taking the direction that we have taken we will surely get there.

“The levels reached by the club back then were high. The expectation from everyone was that the club was supposed to build on what was achieved 22 years ago, meaning that by now we should have reached the final again, or even lifted the trophy.

“But, from my own opinion as well, you find that there are also a number of factors that affected the club from that time up to today.

“In 1998, our economy had started facing some challenges, so I would also attribute the failure to achieve the same levels to these challenges as well,” added Mupfurutsa.

“Football is all about money and a club like Dynamos needs a lot of money to develop, grow and actually compete at the highest level and even conquer the continent.

“If you look around Africa, those clubs that are doing well are also backed by deep pockets. Look at Mamelodi Sundowns, they are a rich club. Look at Al Ahly, those are rich clubs.

“TP Mazembe, those are rich clubs. So, as for Dynamos you cannot blame anyone for that. Yes, people could do as much as they could do, which explains why the club is still there, even when it has failed to reach the final again.

“Dynamos have also achieved something during the period under review. Remember in 2008, which was 10 years after 1998, the club went all the way to the semi-finals, which was a great achievement.

“Then there are also some years in which we have been involved again in Africa. It’s an achievement still.

“The economy has not been doing well, businesses are not doing well to an extent that there hasn’t been much sponsorship for these clubs.

“At the moment, even our junior development across the country has been seriously affected. There are no more serious juniors coming up the ranks as used to happen back then.

“So, people are right to say the club hasn’t moved forward since 1998, but the same people should take into account the various challenges that have been encountered by the club as a result of the economic challenges bedevilling the country.

“Because of the challenges we are having, it is difficult to attract and retain quality players. Any player that is good wants to play in leagues like South Africa and Europe.

“Clubs in Sudan, Zambia and Tanzania are taking away all the cream and we are sometimes left with players that are not able to propel the club to greater heights.”

“The club should be in a position to generate financial resources of its own and not wait for sponsors. Sponsorships should form part of the resources available to the club.

“That can happen only if we develop and grow the commercial side. Apart from sponsorships, apart from gate takings, the club should have many avenues of generating money and this is what we are going to do.

“We want to have a fully-fledged commercial side. The issue of merchandise, replicas, and souvenirs we are going to deal with it. We have started that. We should have a lot of products in Dynamos shops,” said Mpfurutsa.

Endless boardroom squabbles have ravaged Dynamos over the years since 1998, but in the last two years, there has been some refreshing stability. The Sunday Mail

This is my last chance – Mukamba

Amid the gloom, a brave man comes along