Two billionaire brothers from Blackburn have won the battle to buy Asda from Walmart of the US, in a deal valuing the supermarket chain at £6.8bn. 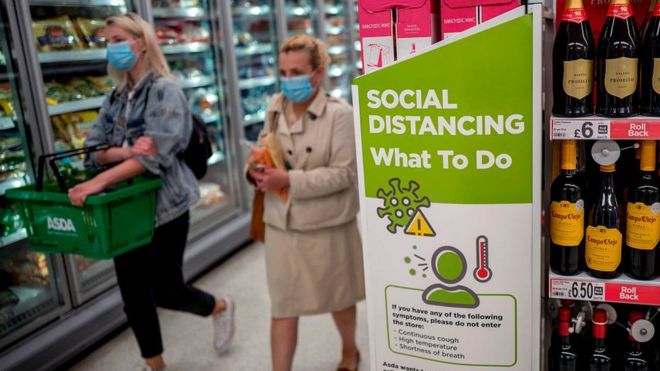 A consortium of Zuber and Mohsin Issa and private equity firm TDR Capital will take a majority stake in Asda.

It means the grocer will return to majority UK ownership for the first time in two decades.

The Issa brothers own EG Group, which has more than 5,200 petrol stations across the UK and Europe.

Man banned from every pub and club in High Wycombe (UK)

A spokesperson for the Issa brothers and TDR Capital declined to comment on how they are funding the deal. Walmart said that, under the new owners, Asda will invest £1bn in the supermarket over the next three years.

The auction process for Asda has lasted for several months. Walmart has decided to sell a controlling stake in Asda after shelving plans to float the business following a failed £7.3bn merger with Sainsbury’s, which was blocked on competition grounds.

Walmart bought Asda in 1999 for £6.7bn and it will retain a minority stake in the supermarket chain.

Announcing the deal, Walmart said Asda would keep its headquarters in Leeds and its chief executive, Roger Burnley, would remain in place.

Asda already has a relationship with the Issa brothers through their petrol forecourt business.

The supermarket recently announced its expansion into convenience stores and will initially trial “Asda On the Move” at three of EG Group’s fuel station forecourts in the Midlands.

“We believe that our experience with EG Group, including our expertise around convenience and brand partnerships and our successful partnership with TDR Capital, can help accelerate and execute that growth strategy,” they said.

Who are the Issa brothers?

The pace of growth in their petrol station business marks the Issa brothers out as “remarkable entrepreneurs,” according to Brian Madderson, chairman of the Petrol Retailers Association (PRA), of which their EG Group is a member.

The rapid expansion came as the major oil companies sold off or closed their High Street petrol outlets to concentrate on production and refining.

Industry insiders describe the brothers as softly spoken and modest. At an industry awards ceremony several years ago, the brothers were present but were said to be too shy to claim their award on stage.

People who know them say that part of their success is in remaining curious about competitors and being willing to learn and pick up new ideas.

The Sunday Times values their fortune at £3.56bn.

Initially called Euro Garages, the Issa brothers founded EG in 2001, expanding it from a single site in Bury, Greater Manchester.

TDR Capital now owns half of the group, with Zuber Issa controlling 25% and Mohsin Issa with the remaining 25%.

Walmart said it expected to report a $2.5bn (£1.9bn) loss for its next financial year “reflecting the absence of net income associated with the Asda business”.

It added that the “use of cash proceeds” from the sale “will be determined at a later date.” BBC News

Man banned from every pub and club in High Wycombe (UK)